I 24 shut down over wide load damage

UPDATE: Crews are working now to repair the damage to the McBrien Road overpass on I 24.  One lane of westbound traffic remains closed, as well as all of the eastbound lanes.  They are still re-routing traffic onto South Terrace and closing Moore Road over the interstate.  TDOT now hopes to re-open the interstate before 8:00 AM. 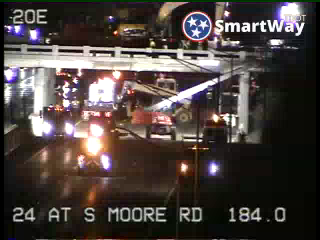 UPDATE: TDOT confirms that they have pulled over a suspect vehicle at the Ringgold Road exit on I 75 in front of Bass Pro Shops.  Their camera shows it is a dump truck pulling a backhoe with a long arm.  The concern is if that arm may have hit more bridges on I 24. 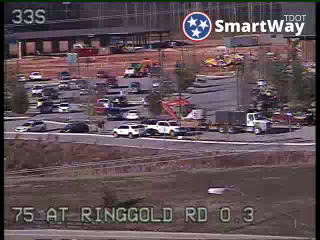 CHATTANOOGA (WDEF) – TDOT officials blame an oversized load for closing I 24 eastbound this afternoon through Chattanooga.

They say the truck hit the Moore Road overpass around 2:30 and left debris in the eastbound lanes.

TDOT is also checking the other bridges to see the truck may have hit them also.

They report the truck driver left the scene, but they have pulled it over further down the highway after being followed by a motorist who witness the incident.

They are not expecting to clear it all up until tomorrow. 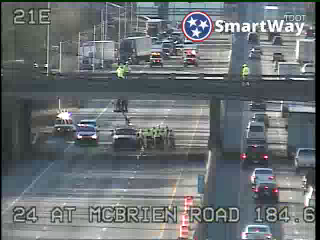 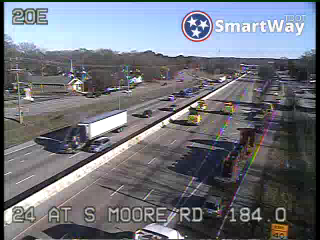