There are approximately 443 underground miles of track in New York City’s subway system.

On March 24, 1900 it was “Tunnel Day” in New York City, for that was the day Mayor Robert Van Wyck used a sterling silver Tiffany shovel to ceremonially launch construction of the city’s first subway.

Just four-and-a-half years later, in 1904, Mayor George McClellan took the controls of the very first train, as historian Stan Fischler recalled for “Sunday Morning” back in 2004: “They didn’t want him to do anything, but he got so enthused as a motorman that he decided to run the train himself. He did a pretty good job – he didn’t wreck the train!”

Over the years, other subway lines spread like a spider’s web across the city.

As much a symbol of New York as the city’s skyline, the subway has long been celebrated in song.

Fast forward to today, however, and you’ll find a subway fewer New Yorkers are celebrating. And despite the fact that, much of the time, subways remain the best way to get around in New York, full renewal and restoration of the system lies billions of dollars and many years in the future.

Forget about that original “Tunnel Day”; a lot of New Yorkers are waiting for “Light at the End of the Tunnel Day”! 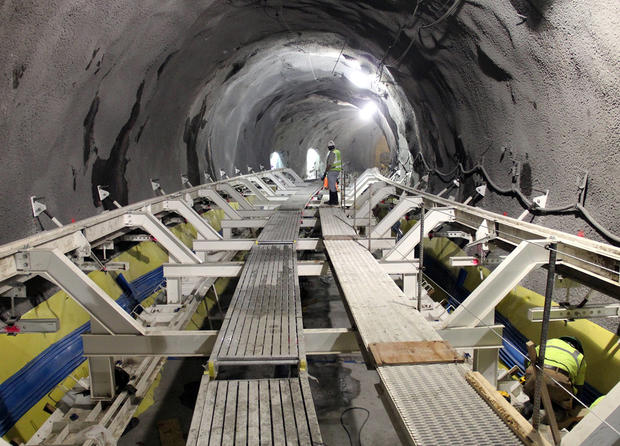