Fire officials say the fire at Woodbridge Chattanooga Formed Plastics never reached the building and no chemicals were released. About 50 workers were evacuated, but no one was hurt.  It took firefighters about an hour and 15 minutes to bring the pallet fire and the woods fire out.

CHATTANOOGA (WDEF) – The fire was dramatic, sending plumes of black smoke over Chattanooga this afternoon.

But firefighters have quickly gotten it under control.

The fire was at Woodbridge Foam off Amnicola along the Tennessee River.

A pile of wooden and plastic pallets were burning.

The company has been evacuated and no one hurt.

The fire did spread to the woods, but has now been put out. 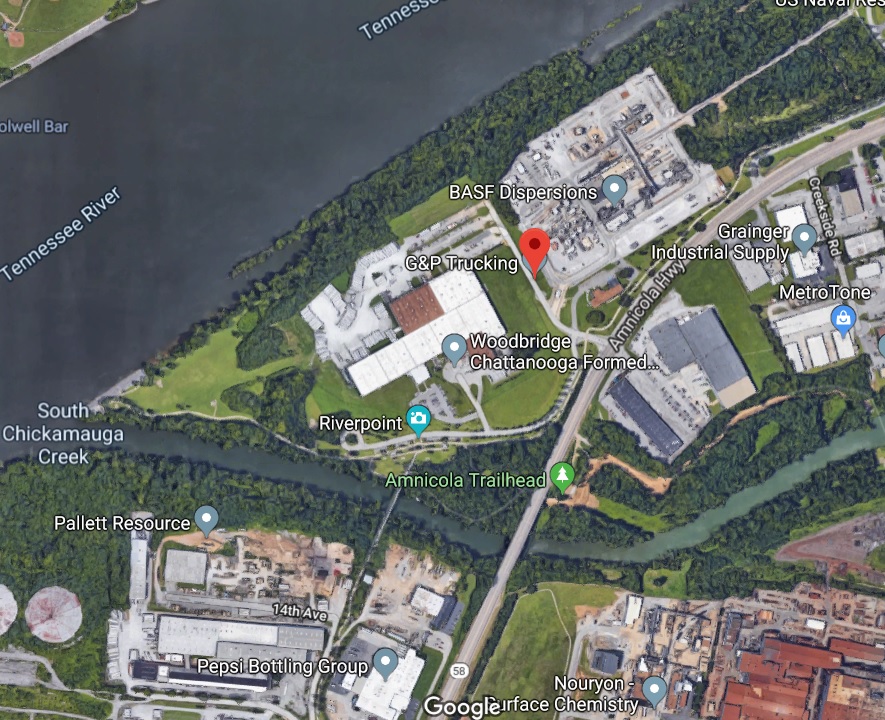