An open secret: Open office plans are the worst

Contributor Faith Salie has some words (and they’re not good) about many companies’ propensity to house all their employees in a giant room with no dividing walls.

Here’s an open secret: open office plans are the worst. About 70% of American work spaces are set up as open, where architectural walls disappear, stripping any creative boundaries between you and your cubicled colleagues.

Shared space enables team-building, so y’all can “value add,” and “shift paradigms” while you “move the needle”! Except it doesn’t work that way, according to science – AND everyone who’s ever had to work in one of these open hell holes.

Recent research shows that open office plans result in approximately 73% less face-to-face interaction, as well as a significant increase in electronic activity, because all the hubbub causes workers to tune out with their headphones; and the lack of privacy means your colleague emails you rather than asks you to brainstorm all over everyone’s desks. 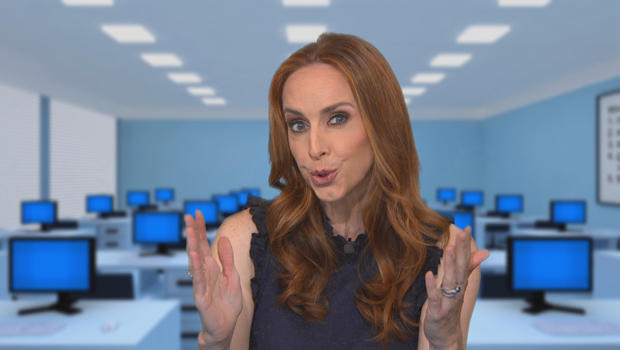 But we didn’t need science to prove how much open offices suck the life out of your work day.

Since the rows of cubicles and pods of bean bags resemble a library, an open office adopts the rules of a library, meaning silence at all costs.

When your sister calls to fight over Thanksgiving plans, you hunt for an empty conference room. When you have to pitch an important client, you squat in a storage closet.

Not to mention if you love your chair and don’t want it swiped, you’d better mark it in some way!

LeBron James ‘Musical Chairs’ | This is SportsCenter by ESPN on YouTube

Open office spaces were sold to us as a way to create an egalitarian feel. But the truth is, they save money: like the airlines, your company just wants to cram as many of you in as possible and call it “pop-up synergy.”

Look, if you’re a parent who’s ever worked from home, you’ve experienced an open office. Because your children make themselves your boss.

Just ask this guy how an open door office policy works out:

We go to an office to get away from it all, which is why open office plans put the funk in cross-functional collaboration. It’s fun to “drill down” with your cohort, but it’s not fun to hear them chew.

And by the way, here at “Sunday Morning,” we don’t have an open office plan – which is why we’re able to get a show on the air every week.