The Sheriff’s Office posted to Facebook that they were asked by members of of their community to share this in hopes of helping this family.

In another Facebook post, a woman says that the puppy hopped out of the car after the crash that Sergeant York and K-9 Rocco were responding to. 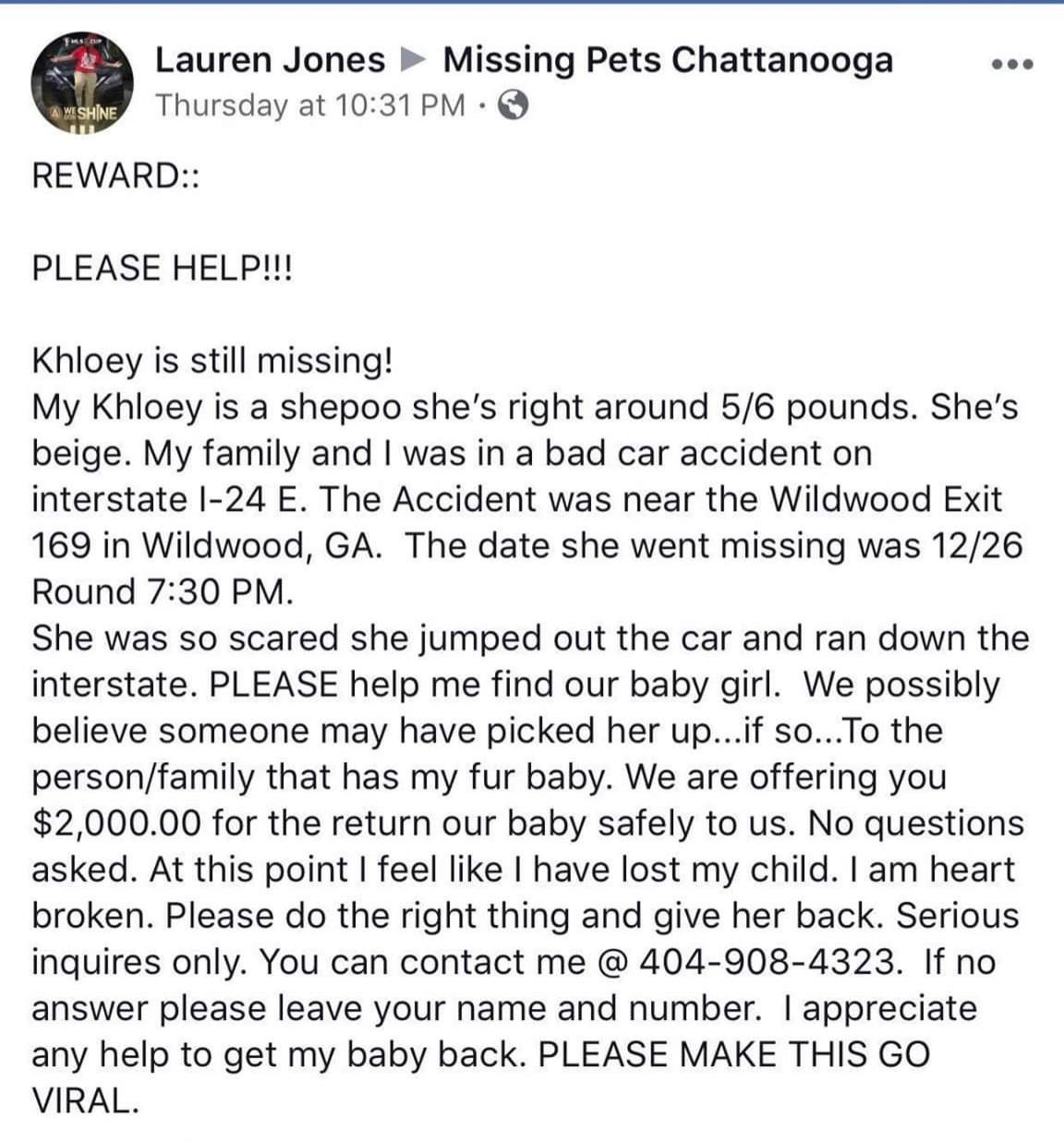 If you have any info about this puppy, the sheriff’s office is asking you to contact the owner.