Aaron was inducted into the National Baseball Hall of Fame in 1982 and The Sporting News ranked Aaron fifth on its “100 Greatest Baseball Players” list in 1999.

(Note: video is of a story we ran in the summer of 1982 when we interviews Aaron as he was preparing to enter the Hall of Fame) 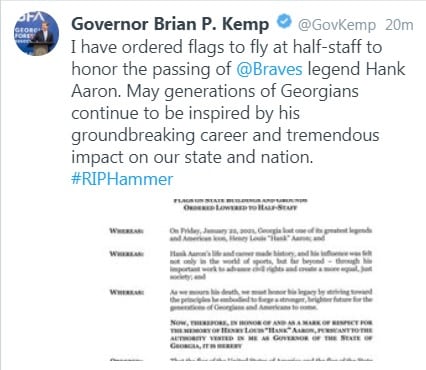