Body scanner detects pills & meth before inmate gets inside jail

CLEVELAND, Tennessee (WDEF) – The Bradley County Sheriff credits a body scanner for catching an inmate smuggling drugs on his person.

Christopher Pugh was being booked on federal drug charges at the jail.

The Sheriff’s Office says he had already been questioned about whether he had any drugs on him.

But a trip through the body can showed otherwise.

Corrections Officers say they found 200 suspected fentanyl pills and 9 grams of meth “hidden on his person.”

The Sheriff says they have used the body scanner since last fall.

Now every inmate is scanned for contraband before entering the jail.

Sheriff Lawson stated, “These findings highly support the intentions of integrating the body scanner and show
its technological capabilities are a vital asset to our department. Additionally, we would like to acknowledge the
excellent observation and training skills executed by BCSO Corrections Officer Bryan Kelley. Due to his
outstanding work, the chance of potential overdoses in the jail over the weekend significantly decreased.” 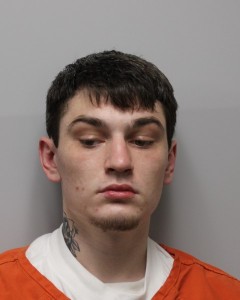