An adorable 3-year-old stole the show during the newest British royal couple’s visit to Ireland — though he might want to watch out for Prince Harry. The cheeky little boy, Walter Cullen, appeared to be infatuated with Meghan Markle’s hair and couldn’t resist touching it.

Meghan, officially known as the Duchess of Sussex since the couple’s wedding in May, kept smiling as the squirmy child grabbed at her. After Cullen touched her hair and face, she grasped his hand. 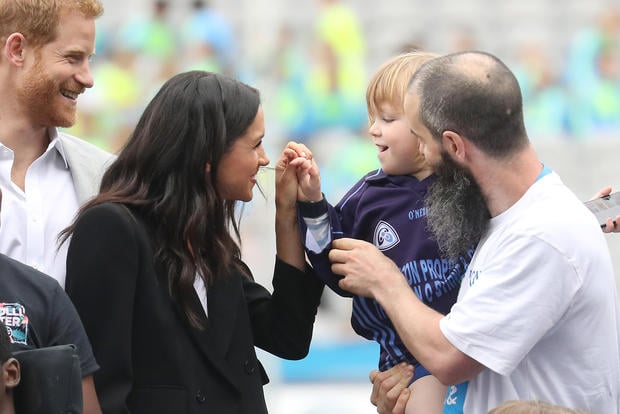 And then Prince Harry waved a finger at the young boy, jokingly scolding him for flirting with his wife. The toddler looked a bit shocked by the accusation. 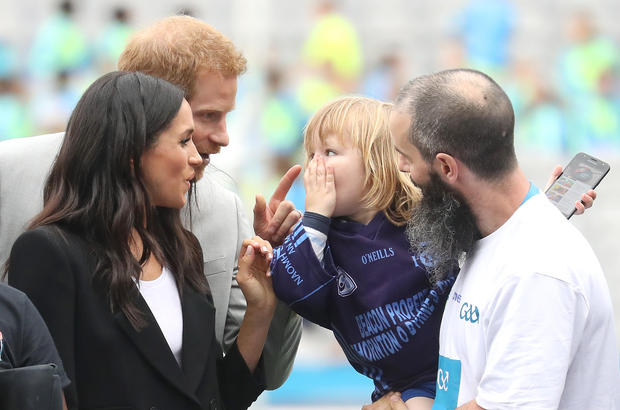 The Duke and Duchess of Sussex were visiting Croke Park — the home of Ireland’s largest sports organization, the Gaelic Athletic Association — to visit with and cheer on athletes. When they arrived on the pitch, the crowd clapped and could be heard shouting “Harry, Harry,” according to BBC News.

It’s their second day of a two-day visit to Dublin, BBC News reports.