The paintings and life story of Vincent Van Gogh would appear to make the case that there’s a connection between great art and madness. But does that apparent link have any real basis in science? Rita Braver takes a closer look (This story was originally broadcast on March 18, 2018):

In the midst of his fierce and ultimately losing battle with madness, Vincent Van Gogh made some of the most beloved paintings in the world.

“They are highly expressive,” said Mary Morton, curator of French paintings at the National Gallery of Art, in Washington, D.C. “And they’re certainly informed by what must have been his awful experiences of mental breakdowns.”

Morton says his 1889 self-portrait was painted in a mental asylum after Van Gogh famously cut off a piece of his own ear.  But it’s the other side of his head that he displays in this work.

Did he want to show the world the good side, that he was OK, asked Braver?

“No, not necessarily — I mean, does he look OK to you?” Morton replied.

“He looks mysterious, and kind of tortured,” Braver said. 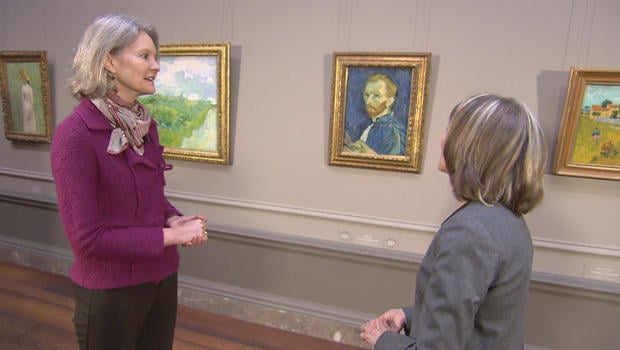 Curator Mary Morton, with correspondent Rita Braver, at the National Gallery of Art.

“Yeah, and a little bit sick. He’s haunted, is what he is. He looks very haunted, and I think that he’s expressing that in a very honest way.”

He is just one of scores of visual artists, writers, musicians and other creative people (including Ludwig van Beethoven, Mark Rothko, Sylvia Plath, T.S. Eliot, Irving Berlin, Virginia Woolf, and Ernest Hemingway) who are known or believed to have suffered from mental illness.

“Study after study after study has shown that there is a disproportionate rate of mood disorders, in particular, in highly-creative people,” said Kay Redfield Jamison, a professor of psychiatry at Johns Hopkins University School of Medicine, and is considered a leading expert on mood disorders in artists. 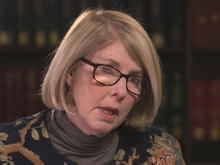 Braver asked: “What is known about what goes on in the brain that might create a relationship between mania of some kind and creativity?”

“One of the things that has been observed since mania was first written about is that people have more energy, more drive, they take more risks,” said Jamison. “It’s the profound despair that comes from depression that gives them a very different kind of appreciation of the human condition.”

Some preliminary studies also suggest a neurological explanation: the brain’s frontal lobe seems to be activated in a similar way during mania, schizophrenia and creativity.

But whatever the reason, Jamison says artists who suffer from mental illness — like Pulitzer Prize-winning poet Robert Lowell, whom she has studied extensively — share an important trait: they can somehow muster the power to channel their suffering.

Lowell, Jamison said, “had one of the worst variations of bi-polar that I’ve seen, in terms of just severity. What it took was this iron will, this ability to get up the next morning and sit down and write.”

Other artists who struggled with mental illness included Ernest Hemingway. “I think that Hemingway had a very complicated view of his own illness,” Jamison said. “For example, when Scott Fitzgerald wrote his great essay about depression, ‘The Crack-Up,’, Hemingway was scathing in his criticism of Fitzgerald for having gone public about having been mentally ill.”

Since then, dozens of artists, including performers like Kurt Cobain, Catherine Zeta-Jones, Janet Jackson, Carrie Fisher and Demi Lovato, have struggled publicly with their mental illness.

Michael Angelakos is founder of the indie band Passion Pit — cool enough to land on Letterman. He says some of his most popular songs reflect his ongoing battle with bipolar disorder.

Passion Pit performs “I’ll Be Alright,” from their album, “Gossamer,” on “The Late Show with David Letterman”:

Braver asked, “People think, ‘Oh well, somebody is in a manic state, they’re so productive, they’re so creative.’ Do you think that was true for you?” 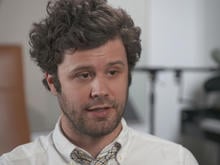 “Sometimes,” Angelakos replied. “There’s a double-edge sword here — you may be productive, but not everything makes sense.”

“Were there periods where you couldn’t work at all, where you just felt despondent?”

“Oh, absolu — yeah, I mean most of my 20s was taken over by depressive periods,” he said. “I would have to literally fling myself up into a manic state to get things done. It pretty much ruined my life in my 20s, absolutely.”

Today, at 31, Angelakos is taking medication and also undergoing electroconvulsive therapy — options not available to many artists of the past. He says he is trying to keep himself on track, and also raise money and awareness. His hope: to help other artists understand that they can cope with mental illness — yet, like Vincent Van Gogh, still create visionary work:

Mary Norton said, “We don’t want our artists to be like everybody else. We want them to provide the kinds of emotional experiences that are not mundane. And certainly Van Gogh does that for us.”