Calling it quits: When leaving your job is the right thing to do

In 2009, Bill Murphy Jr. landed a top-level law job making big bucks. But when he showed up for work, he realized pretty quickly that he wasn’t the right person for that spot. On his very first day, Murphy already wanted out.

Correspondent Tony Dokoupil asked, “What was it about a competitive, six-figure income that wasn’t attractive to you?”

Bill Murphy Jr. quit his job on his second day at the office. CBS News

“Yeah, I know, that’s a question a lot of people would ask,” he replied. “I recall going to the orientation, and one of the speakers got up, ‘Hi, I’m John Smith, I’ve been here for 21 years and three months, so that means I have, you know, eight years-plus to retire.’ And that became a running joke with a few of the others speakers that got up. But that’s not really what you say if you love your work and you really want to come in there every day.”

So, rather than count his own days behind a desk, he did something you won’t find in most career playbooks: He quit on Day Two, telling his boss, “I’m really very sorry, I can tell that I made a big mistake in accepting this job.”

The move was radical, but the mindset is not so uncommon. According to a new CBS News poll, more than half of Americans with fulltime jobs say they daydream at least once in a while about leaving those jobs behind.

Michelle Singletary, who writes about personal finance for the Washington Post, says the fantasy of quitting your job is more prevalent today than it was a generation ago. “And for many people, it is a fantasy unfortunately,” she said.

Singletary said employers are largely to blame: “I think the companies broke the contract, because they made us expendable at every level. I mean, it got to the point where they could boost their stock prices by firing people. And people are saying, ‘If that’s the case, I don’t owe you my entire life.'” 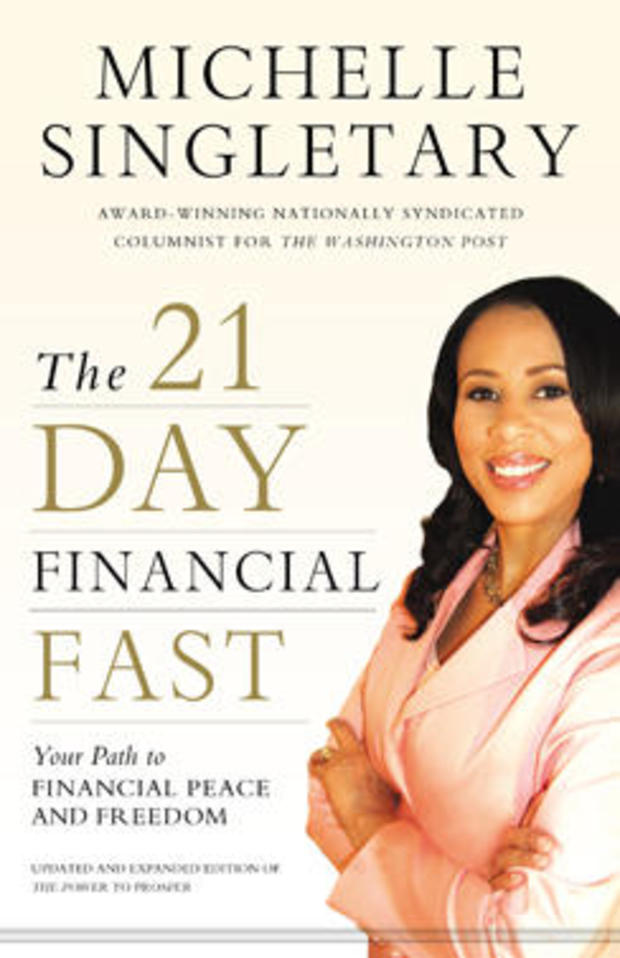 That may help explain why some employees now put early retirement at the top of their to-do list. But making that happen takes work, and a whole lot of savings. Singletary said, “You’ve got to save a substantial amount of your salary, upwards of 40, 50, 60%.”

Dokoupil asked, “If you’re 25 right now and you have it in your head that you want to retire early, to be clear, the things you would have to do in order to save are, sounds like, not have kids?”

“You can have kids. You can’t have five,” Singletary replied.

“You essentially have to ignore every cue from our culture, every commercial on TV?”

“My husband and I keep our cars until we’re on a first-name basis with the local tow truck drivers,” Singletary laughed. “And we don’t care!”

That’s the sort of thing Susan Emmerson might do. She remembers telling her accountant, “‘I’m gonna save half of my income.’ He said, ‘No, you’re not. Don’t give me that.’ And I said, ‘Watch me.'”

Before retiring at age 47, she kept close tabs on everything she spent, and we so mean EVERYTHING. In her little notebook she wrote down every expenditure, even a Coke.

Thanks to that tight budget and some savvy investing, Emmerson, now 61, has spent more than a decade pursuing her lifelong passion of art.  To do that, she walked away from a career as a physician. “The best part was turning in the beeper, because they can’t get me anymore!” she laughed.

But can someone who isn’t earning a doctor or lawyer’s income afford to retire early? Singletary said, “Yes, absolutely. Early retirement isn’t just for people making six figures. It’s you. But it’s you making different choices. Your early retirement may not be some big villa in Florida. It may just be a nice two-bedroom condo where you live, and the car that you have had for 20 years.”

Emmerson said when she announced her early retirement to her mother, “Oh God, she had a fit! She told her friends that I had gotten sick and had to retire, because that, I guess, seemed like a more acceptable reason to retire.”

Legendary football coach Vince Lombardi may help explain her mom’s reaction. A famous quote attributed to him is woven deep into the fabric of American culture: “Winners never quit.”

Author Seth Godin is the anti-Lombardi; he says quitting is often the best possible move, because it frees us up to thrive where we’re better suited. 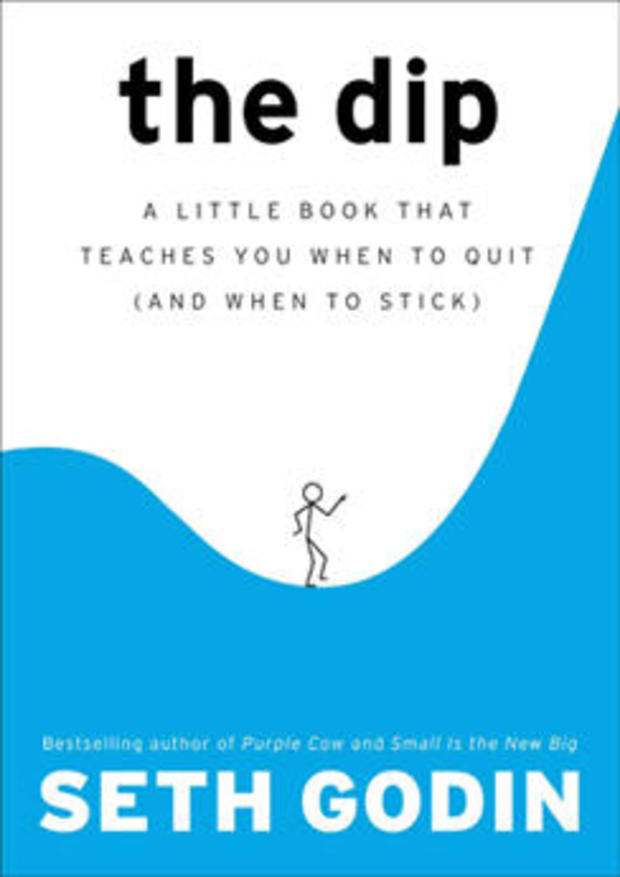 “We’ve been brainwashed into thinking that quitting is somehow wrong, it’s somehow weak,” he said. “If you have a choice between being unemployed for one, two, three years or sticking with a job that’s a dead-end, most people are afraid of the unknown, so they will stick with that job.”

Dokoupil asked, “We met an individual who quit on his second day of work. Would you advise such a thing?”

“I’m not sure what the difference is between the second day and the 200th day,” Godin said. “If I got a job working at a payday loan company, I wouldn’t even last two days.”

Which brings us back to Bill Murphy Jr. After quitting as a lawyer, he went all-in on a childhood dream: Journalism.

He’s now a contributing editor at the publication Inc. “I would not go back. I have no regrets.”

And one thing’s very clear: He’s happy now, having quit his way to a better life.

“I call it the joy of quitting,” he said.

READ AN EXCERPT: Seth Godin’s “The Dip,” on the benefit of “strategic quitting”