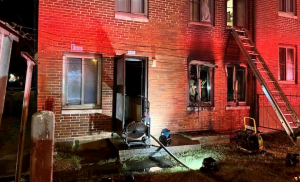 Chattanooga firefighters warn folks to stop smoking in bed. That’s the cause of two recent house fires CFD put out on October 15th and 16th.

On Saturday firefighters responded to a home in the 2500 block of Maple Street. Four adults were displaced, one suffered burns and another suffered smoke inhalation.

Then, Sunday night firefighters responded to an apartment fire at College Hill Courts in the 600 block of West 13th Street Court. A mattress had caught fire and spread to the curtains and walls. The fire was contained to the mattress, bedding and walls in the apartment.

CFD Chief Philip Hyman warns no one who experiences a house fire thinks it’ll happen to them, “Well, we’ve had two recent events here lately involving house fires that did occur because somebody was smoking. We just encourage the public to realize how dangerous that is. Not only smoking in bed, but smoking with oxygen tanks,” said Chief Hyman. “We’ve had that time and time again as well. Just the number of fires that we have are related to both of those. So we just really caution people to be careful with their cigarettes. Don’t smoke in bed and definitely don’t smoke around their oxygen tanks.”

CFD also wants to remind everyone to have their gas powered heating utilities serviced as the temperature begins to drop.