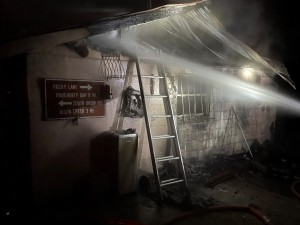 CHATTANOOGA (WDEF) – The firefighting day started early on Monday for the Green shift in Chattanooga.

They responded to a structure fire right next to I 24 in Lookout Valley before dawn.

It happened at the end of Park Lane right next to the interstate near Brown’s Ferry Road around 4 AM.

They found the fire was in a detached garage that was serving as a chicken coop.

Firefighters blame the fire on a heat lamp for the chickens outside the garage.

Several of the chickens perished.

Then around 8:30 AM, firefighters were called to a home on Calhoun Avenue, a block off of Rossville Boulevard.

The building had been condemned.

The cause of that fire is under investigation. 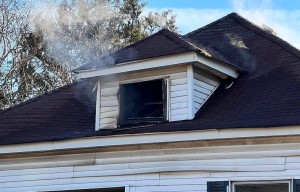