CHATTANOOGA, Tenn. (WDEF)- Three people were killed, in two separate shootings, and a total of nine people were shot in Chattanooga on Saturday.

Chattanooga Mayor Tim Kelly released a statement on the violence that happened in the city.

“Chattanooga communities experienced life-changing trauma from incidents of gun violence this weekend. This is absolutely unacceptable—the gunfire, the killing must end,” said Mayor Tim Kelly. “We all experience conflict in our lives, but resorting to violence—particularly with a firearm that, in an instant, can reap irrevocable grief and pain—is never the answer.”

“I have full confidence in CPD’s ability to conduct a thorough investigation that will bring those responsible to justice, while also providing support to the friends and family who mourn,” Mayor Kelly continued. “Gun violence is a public safety and public health crisis that wreaks havoc on too many of our residents’ lives—we will address it head-on and with urgency.”

CPD is looking for a suspect that was involved in a third shooting on Saturday.

Police say that Ryan Calloway is wanted for Aggravated Domestic Assault, Attempted Murder, and Unlawful Possession of a Weapon after he allegedly shot a man after a fight. 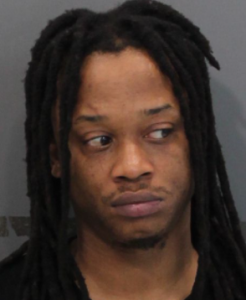 The victim has a non-life-threatening gunshot wound.