CLEVELAND, Tenn. (WDEF) – Cleveland Police officer Sean Bulow went above and beyond the call of duty for a Battle of the Bells challenge on Monday.

He and fellow officer Russell Fredericks took the first shift for Cleveland officers ringing bells for the Salvation Army at a local Walmart.

After a few minutes of standard bell ringing, Officer Bulow decided to take it up a notch.

The Cleveland Police Department posted the video on their Facebook page, which was shared 10,000 times and got 800,000 views before the day was over.

The police squad totaled $1141 in donations in just a few hours. 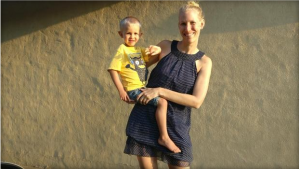