A couple from New York who have not been heard from since late March in the Dominican Republic are presumed dead, according to the country’s national police spokesperson. Police said they have found two bodies they say have “characteristics similar to the American couple” who were supposed to have returned to America on March 27.

Police believe they apparently crashed in the early hours of March 27 in a rental car on a highway as they were heading to the airport to catch a flight back to the U.S. after their four-day vacation. Police said the car is at the bottom of the Caribbean Sea and has not been retrieved.

On March 27, a woman was found injured on the highway and was admitted to a hospital, where she died on April 4, according to Dominican Republic national police chief spokesman Col. Frank Félix Durán Mejia. He said the victim is presumed to be Portia Ravenelle.

Mejia also said a decomposed body was found washed ashore March 31 about 19 miles from the accident scene. The body has a tattoo reading “MILANO” that corresponds to a tattoo on Orlando Moore, who accompanied Ravenelle on the trip.

Mejia said the bodies were sent to the National Institute of Forensic Pathology for autopsies, and official identification is pending. Police are working on getting the vehicle from the sea.

“We have information on a vehicle at the bottom of the sea near the location where they were last seen. We can’t confirm the characteristics of the vehicle because of rough seas and our divers are having a hard time reaching the depths,” Mejia said. 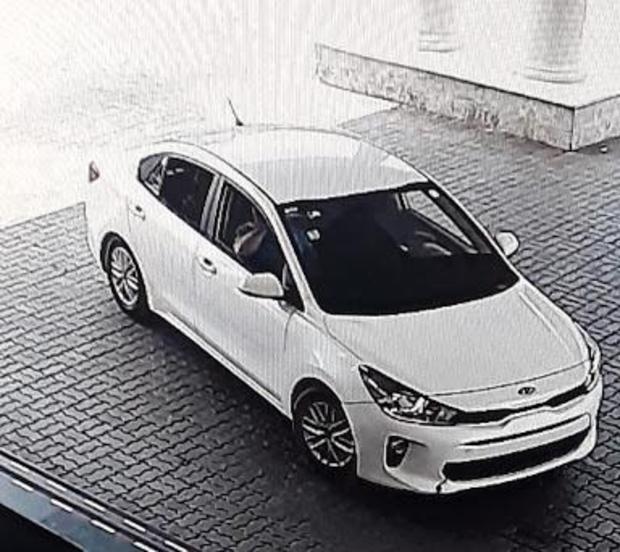 An image from a toll plaza near Las Américas International Airport in Santo Domingo apparently shows the car the couple was using the night of the accident and it was photographed after they were supposed to board their flight.

Dominican Republic’s national police continue to investigate and the U.S. State Department is aware of the case.

Angel Canales contributed to this report.