HIXSON, Tenn. (WDEF)- The Chattanooga fire department says that 36-year-old Robert Franklin, of Crossville was arrested and charged with two counts of arson on Saturday. 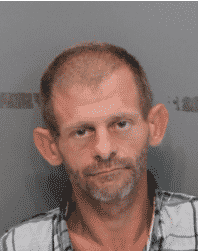 Franklin is accused of setting fires at both Precision Tune Auto Care, and southern Insurance associates on July 4th.

The business are just a block away from each other.

According to the fire department, surveillance caught Franklin and his vehicle at the businesses that were targeted.

CFD says that the motive is unclear at this time because Franklin has not been cooperative with investigators.

The fire department says that he doesn’t have any connection to either business.