Christopher Watts, a Colorado man who admitted killing his family, told investigators he was in a rage and “snapped” when he strangled his pregnant wife last summer. Watts said said he took out the anger with his wife Shanann “on everyone in front of him that morning,” killing his two young daughters as well. In recently-released documents and audio recordings of a prison interview last month, Watts told investigators he had never been angry before and “this was like the epitome of being angry.”

Watts, 33, said every time he closes his eyes he hears the last words of his oldest daughter, 4-year-old Bella: “Daddy, no!”

When Shanann Watts, Bella and 3-year-old Celeste disappeared from their suburban Denver home in August 2018, the search made national headlines as Christopher Watts pleaded in media interviews for his family’s return.

The investigation quickly honed in on Christopher Watts, and the bodies of the children were found days later in oil tanks on a worksite where he was employed, nearby the body of his wife in a shallow grave. Watts pleaded guilty in November to murder and other counts in a deal with prosecutors to avoid the death penalty, and was sentenced to life in prison.

His disturbing account of the killings to investigators from the FBI, the Colorado Bureau of Investigation and the Frederick Police Department Feb. 18 is believed to be his first full confession.

In a written interview summary, Watts described strangling his wife Shanann, 34, in their bed after an argument over an affair he was having with a co-worker. He said he was worried Shanann would take away the children. Shanann was pregnant with the couple’s third child, a boy.

The morning of the murder, Aug. 18, 2018, Shanann told Watts she knew about his affair, according to the document. Watts denied the relationship but said he felt “more guilty than ever before” and told Shanann he didn’t think the marriage was going to work. The document says Shanann told him “you’re never gonna see the kids again … get off me … don’t hurt the baby.”

That’s when he said he strangled her.

“Every time I think about it I’m just like, did I know I was going to do that before I got on top of her?” Watts is heard telling investigators in an audio recording of the interview. 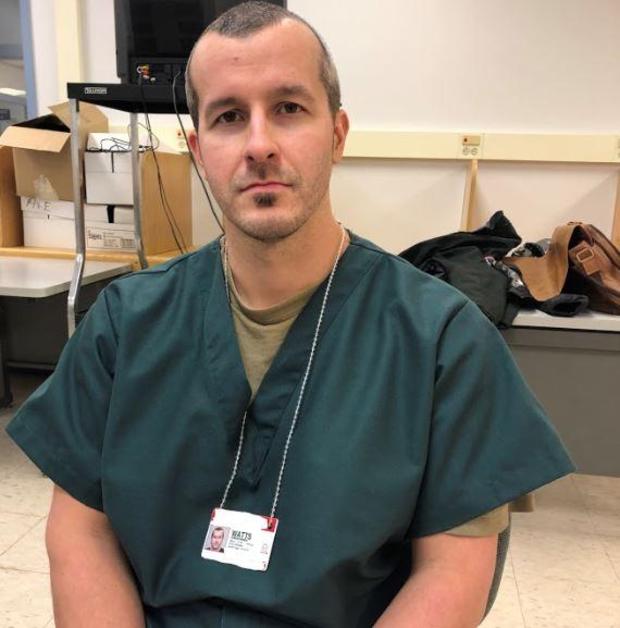 When asked by an investigator whether he felt he had to kill his wife, Watts replied in the audio, “I just felt like there already something on my mind, I wasn’t planning it but I was going to do it. I woke up that morning and it was going to happen and I had no control over it.”

As he was sentenced to life in prison Nov. 19, he described hearing the prosecutor talk about how it took two to four minutes for his wife to die. He said he thought, “Why couldn’t I just let go?”

He described Bella walking into the room, seeing Shanann’s body and asking “What’s wrong with Mommy?” He said he carried his wife’s body to his truck wrapped in a sheet, placed it in the backseat, and drove with Bella and Celeste to the oil worksite about 40 miles east of the family’s Frederick home.

There, he said, he removed his wife’s body as the girls asked him, “What are you doing to Mommy?” He said he doesn’t recall his reply, but told investigators, “CeCe was first,” referring to his daughter Celeste by her nickname.

Watts said he suffocated Celeste with a blanket in the backseat as Bella watched. He said he then threw Celste’s body down into an oil tank and returned to Bella, who asked him, “Is the same thing gonna happen to me as CeCe?”

Watts said he wasn’t sure if he told Bella “‘yes,’ like a horrible person.'” He said he then suffocated the girl with the same blanket as the child fought for her life.

He said he threw the older girl’s body into a separate oil tank before burying his wife’s body.

The documents say Watts told investigators he’s since “tried to picture the long ride out to the oil site and wondered if he could have saved his girls’ life.” He said he has read books about how dads could never hurt their children and wondered, “Was I even a dad at one point? I don’t know.”

He told investigators every time he closes his eyes, he hears Bella’s last words: “Daddy no!” He said he imagines every day what he could have been doing with his kids.

“Right now I’d have a 5-year-old … a 3-year-old … and more than likely, a one-month old son…and a beautiful wife…and right now it’s just me,” Watts said.

Watts told investigators he never would have thought his marriage with Shanann was bad if he hadn’t met the coworker with whom he was having an affair. He said his relationship with the woman “contributed” to the murders, but she never asked him to kill his family.

Watts initially told his father and investigators that he killed Shanann after the woman killed the two girls. But in the February interview, he admitted that was a lie, saying he “went with it” after it was suggested to him during an interrogation.

He said he decided to plead guilty because he didn’t want Shanann’s family to see pictures, hear anyone talk about what they saw or hear anyone “bash” their daughter’s memory. “He wanted everyone to know that Shanann was a loving wife and always helped everyone else,” the document says.

Lawyer Steven Lambert, who represents Shanann Watts’ parents, Frank and Sandy Rzucek, released details of Watts’ interview to Dr. Phil on Tuesday, before the Colorado Bureau of Investigation publicly released the information. He said the family had been briefed on the interview by law enforcement, but had not heard the recordings.

Lambert said the family wanted to release the details in part to clear their daughter’s name. “They 100 percent know their daughter was not capable of hurting those kids, and would never do that. Now, to hear him admit it, is important to them,” Thomas Grant, another family lawyer, told Dr. Phil.

Frank and Sandy Rzucek, and their son Frank Jr., interviewed with the show as well, with their segment scheduled to air Monday, March 10.

Grant said the family didn’t believe Watts was offered anything for the confession, but said he shared the information because he found new faith.

“He is claiming that he is remorseful, and he has found God,” Grant told Dr. Phil.

Lambert said the family has struggled most with learning that Bella fought back in the last moments of her life.

“Of the things that have been hard for the Rzuceks to comprehend and to accept in this reality, what happened to Bella in those last moments has been the hardest,” Lambert said.