Firefighter of the Year and the police Award of Valor

The Dalton Fire Department recognized Matt Asbell as the Firefighter of the Year. 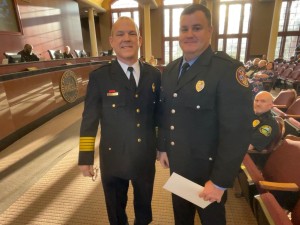 Fire Chief Todd Pangle said that, twice in the past six months, Asbell put himself into harm’s way to rescue victims trapped inside burning buildings.

In addition, police officer Joshua Bethune was presented with the Dalton Police Department’s Award of Valor for actions he took to save others during an incident in January. 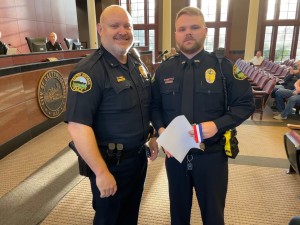 Officials say Bethune came across a traffic crash between a tractor-trailer and a car on January 26th.

The car’s occupants were unable to get out and the car was on fire.

Bethune freed the driver and passengers and help prevent any deaths.