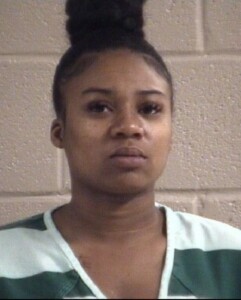 Kyera Deshae Betton, 21, is being charged with murder and aggravated assault, the police department announced on Tuesday.

Betton was arrested for her involvement in the shooting of a 62-year-old man named Kenneth Ray Townsend nearly a year ago. He did not survive the shooting.

Gabriel Mekel Adams was arrested in April for the shooting.

Investigators say Adams was the shooter in the incident. He was charged with two counts of murder and one count of aggravated assault.

They also say that Betton was with Adams during the shooting.

The investigators obtained warrants for Betton’s arrest last week. They say she was arrested without incident.

On March 31, 2022, police received a call of a man shot at Townsend’s apartment in Dalton. Police found gunshot wounds on Townsend’s arm and chest.

Townsend was taken to a hospital, where he passed away from the injuries.