UPDATE— News 12 was told by someone with the Hamilton County’s Medical Examiner’s Office that all three of the victims were adults, two male, and one female.

They were located in a shed on the property of a home that had been completely destroyed in a fire in December of last year according to our files.

There was an additional survivor in the shed as well.

According to what News 12 was told, the shed had only been placed on the property since Wednesday, and the victims were seen as recently as last night.

The cause of the deaths is under investigation, but it was described to News 12 that there was no obvious trauma.

A working theory is that a heater inside of the shed could have contributed to the situation.

Nothing though at the time that News 12 spoke with that official had been ruled out.

They were called to a neighborhood in the 1500 block of Dallas Lake Road for an unresponsive party.

They have begun a death investigation but are saying nothing more about the circumstances.

Other than they do not believe there is a danger to the public. 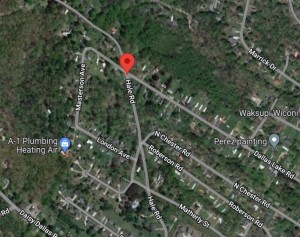