PANAMA CITY, Florida (WDEF) – A “Most Wanted” suspect in Tennessee has been captured in Florida.

23 year old Douglas Cody Gass looks quite different in his current mug shot than on the TBI Most Wanted poster.

He was wanted in Chattanooga for vehicular homicide after fleeing the scene of a crash where a passenger was killed.

They were being chased by law enforcement out of north Georgia.

Bay County Sheriff’s Officers and a taskforce developed information that he was living at a home at Panama City Beach.

Before dawn, they approached the house and spotted Gass sleeping on a couch.

When they knocked on the door, they could see him run to the back of the house and refuse to answer the door.

Eventually they forced the door and found him under a bed. 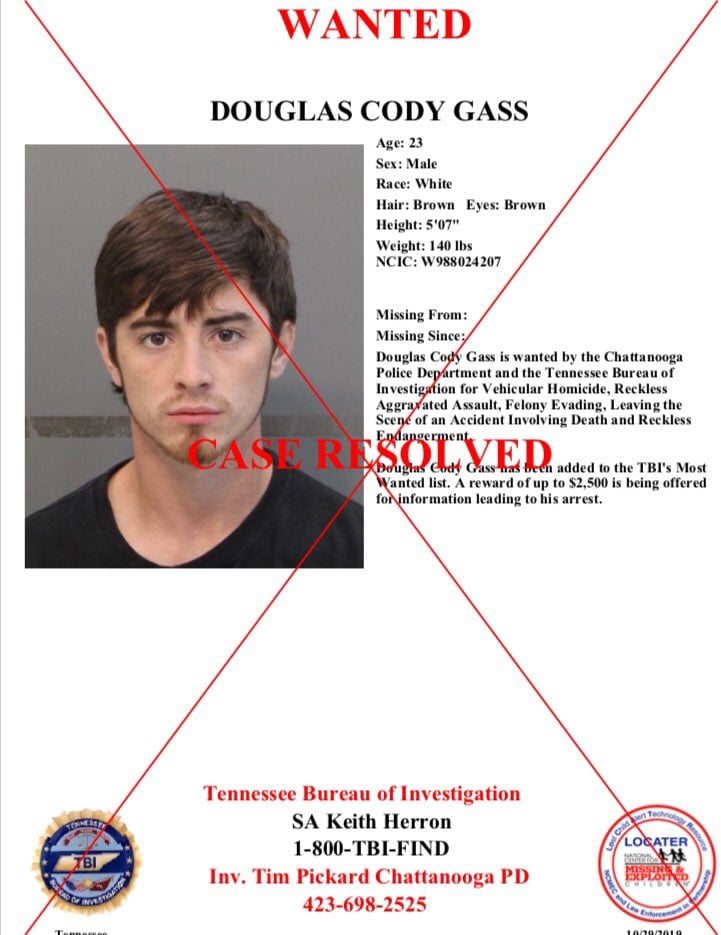