CHATTANOOGA (WDEF) – Douglas Cody Gass has been added to the T-B-I’s most wanted list.

Earlier this month Chattanooga police say Gass took off from officers, crashed his car, and then ran away, leaving two others behind.

Gass has been on the run since then and is also on the Hamilton County’s Most Wanted List.

There’s a 25-hundred dollar reward out for his arrest. 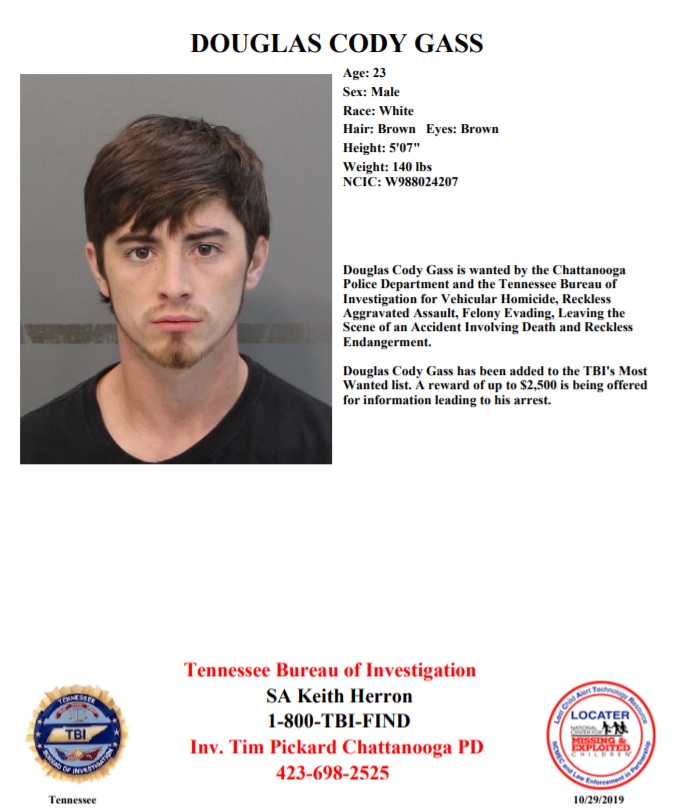