It is the first site for their Fast Charge Network in the TVA region.

Their network is part of a larger effort to give charging stations every 50 miles along interstates across the country.

The two EV fast charges are at 5th and Gault street in downtown Fort Payne.

And the placement is no accident.

Mayor Brian Baine hopes the stations will bring tourists off of the interstate.

“It will pull drivers and commuters off of I-59 and bring them into our downtown.”

“We are showing the nation that once again Alabama is an electric vehicle leader with Fort Payne Improvement Authority’s deployment of the first charging station in TVA’s seven-state Fast Charge Network,” Governor Kay Ivey said.

“This station does more than charging cars — it connects Fort Payne to the Fast Charge Network and plays an important role in putting our region on the leading edge of the new electric economy,” said FPIA General Manager Mike Shirey. 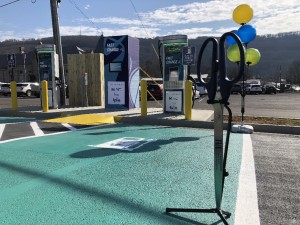 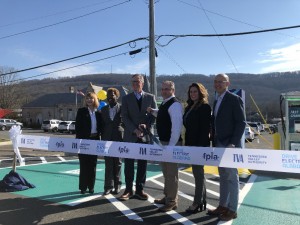