UPDATE 5:03pm – Nashville police released a picture of the RV that exploded in downtwon Nashville Christmas morning. It arrived on 2nd Ave at 1:22a.m. Anyone with information is asked to contact Nashville PD via Crime Stoppers at 615-742-7463 or online via fbi.gov/nashville. 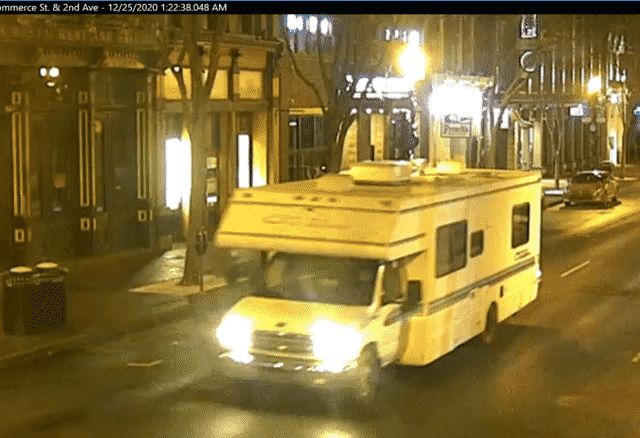 BREAKING: This is the RV that exploded on 2nd Ave N this morning. It arrived on 2nd Ave at 1:22 a.m. Have you seen this vehicle in our area or do you have information about it? Please contact us via Crime Stoppers at 615-742-7463 or online via https://t.co/dVGS7o0m4v. @ATFHQ pic.twitter.com/JNx9sDinAH

UPDATE: 2:38pm – AT&T internet services is experiencing widespread internet outages centered around Nashville and other areas of Tennessee including Chattanooga. The blast that hit downtown Nashville Christmas morning was near a AT&T service building. https://downdetector.com/status/att/map/ 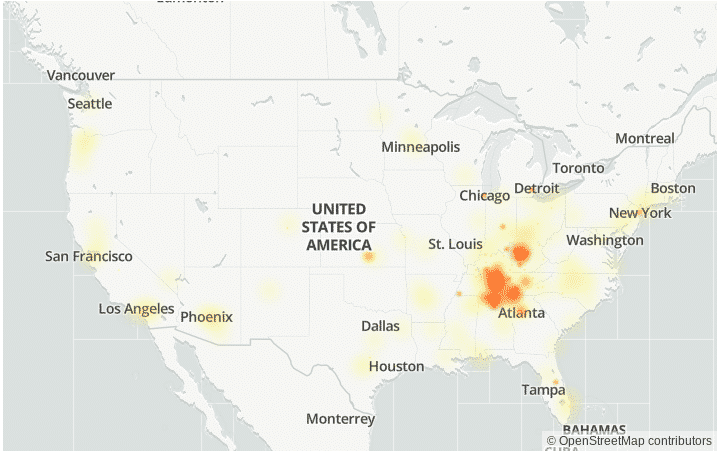 UPDATE: 1:50pm NASHVILLE, TN (AP) – Metro Nashville Police Chief John Drake said police were responding to a report of shots fired when they encountered a recreational vehicle blaring a recording that said a potential bomb was to detonate in 15 minutes. Police evacuated nearby buildings and called in the bomb squad. Then the RV exploded. The FBI is taking the lead in the investigation.

UPDATE: 10:14am NASHVILLE (AP) – The Metro Nashville Police Department says authorities believe an explosion that rocked the downtown area early on Christmas Day was a deliberate act. Police spokesman Don Aaron said about three hours after the explosion erupted that investigators believe it “was an intentional act.” Police earlier said they believe a vehicle was involved in the explosion.

Nashville, TN (CBS) — A large explosion in downtown Nashville Friday morning is under investigation by local, state and federal officials. CBS affiliate WTVF reports the blast was felt across much of Davidson County around 6:30 a.m.

At a briefing, Metro Police officials said there were no significant injuries. They said they had dispatched a team to investigate a suspicious vehicle when it exploded, and that they “believe that the explosion was an intentional act.”

WTVF reports heavy smoke was seen in the area around Second Avenue near Church Street.