He said the baby fell in a child seat, but the autopsy revealed much worse

CHATTANOOGA (WDEF) – A Chattanooga man has pled guilty to aggravated child abuse of a newborn.

In March of 2019, a month old girl was found at a home, unconscious.

She was later pronounced dead at the hospital. 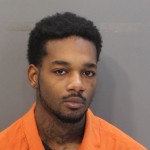 Her father, Ivan Dunton, originally said she had fallen down the steps while in a child safety seat.

But investigators say he drove the child around for 30 minutes to an hour afterwards, in the car seat.  He even went to the child’s pediatrician looking for the mother, but not reporting the injury to the child.

(the mother had left the home to see the pediatrician after having a fight with Dunton earlier in the morning).

Authorities say he later confessed that he shook her violently.

But the Medical Examiner’s report was much worse.

The autopsy found contusions over her face and scalp, skull fractures, subdural hematomas, damage to the spinal cord, damage to the eyes, blunt force trauma to the chest, lungs, and ribs, contusions to the lumbar area, etc.

There was also evidence of malnourishment.

Plus evidence of past abuse to the ribs and a subdural hematoma.

By pleading guilty, Dunton avoided a trial and will serve 25 years without parole.

Prosecutors had a expert in child abuse prepared to testify at the trial in December.