“Experimental artist, filmmaker, genius.” That’s how Ava DuVernay described Terence Nance at an Afropunk Solution Session last summer. He and I are sitting in a hotel lobby near Bryant Park when I ask him how it felt to hear DuVernay call him “genius.”

Nance laughs bashfully. “I don’t even know what that means.”

He’s a filmmaker you may not have heard of yet, but this creative visionary is making a mark. Back in 2012 his first feature film, “The Oversimplification of Her Beauty,” premiered at Sundance and Jay-Z signed on to co-executive produce. A few months ago, a playfully coded tweet revealed that Nance will direct LeBron James in the sequel of the beloved millennial classic, “Space Jam” — a sequel produced by Ryan Coogler of “Black Panther” fame. And last fall, his show “Random Acts of Flyness” finished its first season on HBO, with cameos by Whoopi Goldberg, Solange and Jon Hamm.

The fact that Nance has managed to crack into the mainstream tells of the American audience’s hunger for work that is both fresh and fearless. He is the niche favorite of stars you do know, and soon his name will be just as familiar.

As a very rough Black History Month winds down to a close, it’s well worth bringing attention to Nance’s wide array of work — his HBO show, “Random Acts,” in particular. The show offers a welcome tool to help process all of the headlines this February — from Virginia Governor Ralph Northam‘s blackface scandal, to Gucci putting out wearable blackface in the form of a balaclava sweater, to Liam Neeson’s admission that at one point in his life he wanted to kill a black man, any black man. Nance’s work addresses the underlying emotions so many of us were experiencing as these stories unfolded.

When we met last fall, Nance’s demeanor was humble and engaged. He spoke slowly, metering his words, searching for exactness. Often he’d finish a thought with a question, punctuating an idea with a charming gap-toothed smile. It wasn’t at all what I expected from someone whose critical acclaim was catapulting his fame to new heights. We wondered out loud how my Ethiopian parents would receive his surrealist work. We chatted about astrology and our shared need for the approval of others. An intense listener, he invites an ease in the people around him. It’s a sensitivity that manifests in his storytelling.

With a background in visual arts and a creative hunger that reaches beyond the scope of any one medium, Nance is a chameleon whose colors are perhaps most vibrantly showcased in the late-night variety show, “Random Acts of Flyness,” which premiered in the summer of 2018. When shopping Nance’s vision to HBO, executive producer Tamir Muhammad boiled it down to the no-brainer tagline: “A show like something you’ve never seen before.”

“Random Acts” combines stream-of-consciousness storytelling with a taste for the fantastical, often marrying elements of magic with subject matter that is concerned with everyday life.

One segment, for example, features a young Afro-Latino boy navigating how to express himself fully in a world that rewards hypermasculinity. In Nance’s vision, the young man can seek refuge in only one place, “Nuncaland,” a wink at Peter Pan’s Neverland (nunca is Spanish for “never”). The segment is emblematic of Nance’s artful flair — a world in which shadows literally dance in New York City streets, where family and friends break into song at the drop of a hat. The beauty of the choreography, the technicolor lighting, the spirited performances push back on the notion that black masculinity has to be monolithic.

“Nuncaland” | Random Acts of Flyness | HBO by HBO on YouTube

So who is his work for? Well, “Random Acts” is the product of a team of versatile and gifted filmmakers Nance assembled — all of them black, but coming from diverse backgrounds. He explained to me, the group’s primary objective was to make work for each other. Of the show’s audience, Nance says, “hopefully that bears out some sort of legibility that extends to who the people in the room represent.”

To fans of the show, that hope is realized. One viewer said, “‘Random Acts’ was my first experience with art on television. Not only this, but black art, made for a black audience.” 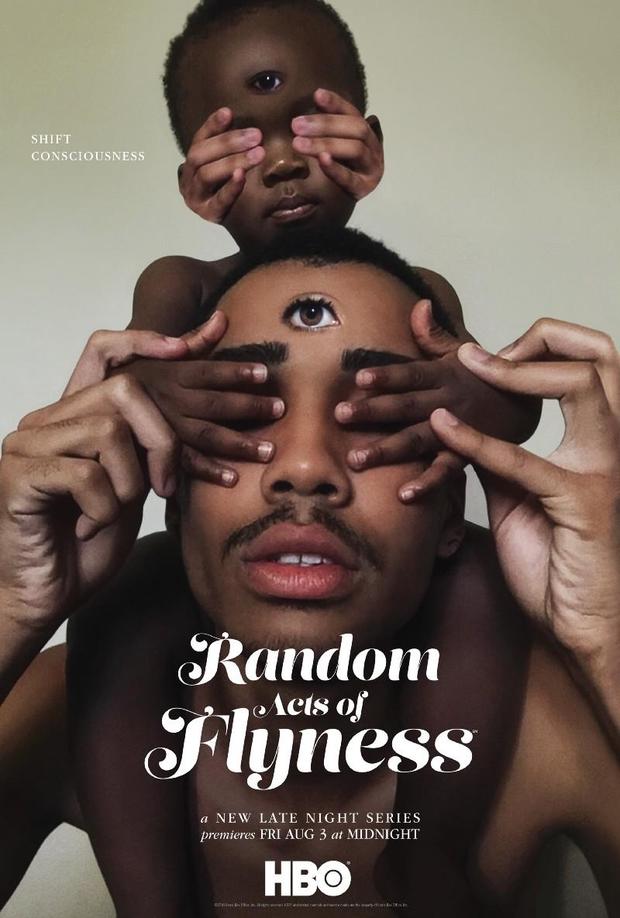 Nance’s work rarely pauses to explain what black viewers would know intuitively, a welcome change of pace for audiences of color who have long been talked down to. The audience experiences that firsthand through the authentic depiction of aspects of black life rarely seen on screen — whether that be through scripted narrative to show the pain black women muffle when facing sexual violence within their community, or through interviews with black transgender people as they speak about their unique relationships with their bodies.

The imagery can sometimes be difficult to watch. Depicting the spectrum of experiences black people in America face necessarily means depicting pain and violence, and Nance does not shy from showing that violence, especially police brutality. He makes creative use of the public’s collective archiving of incidents of police violence on YouTube — in some segments as montage, at other moments woven into to documentary-style interviews.

There’s a lot to wade through. We spoke shortly after he had wrapped shooting the last episode, and Nance told me, “One thing that I definitely did not expect is the feeling that people have to close watch it.” The six episodes are packed with ideas, rarely pausing to give viewers a chance to catch their breath. A friend explained that he can’t binge-watch the show because “it’s so much visually and emotionally.” Another said she watches with a group so she can experience the immediate gratification of hashing out ideas together. The viewing experience has become communal because Nance and his team have created work that invites questions of the world around it.

The New York Times asked in a headline, “Is America Ready for the Mind of Terence Nance?” We’ll have to wait for the answer. But as we count down the months until the second season of “Random Acts of Flyness” this summer, those moved by his work have some time to spread the gospel.