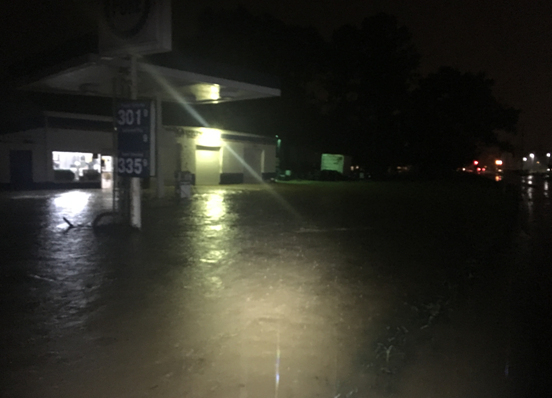 Portions of Roberts Mill Road near the 300 and 400 blocks currently have approximately 1-2 feet of water over the roadway. It is advised that drivers should avoid this area.

Parts of Jackson Road also have 1-2 feet of water over the roadway at various locations. Johnson Road remains clear but has several areas of loose gravel over the roadway from driveways experiencing run off onto the roadway.

Several portions of Hixson Pike has standing water near the shoulder or in the right hand lanes so drivers should exercise caution when driving Hixson Pike especially near the Dallas Hollow and Daisy Dallas Road areas.

Drivers should exercise caution and avoid driving in these areas until the water recedes.
—
Photo courtesy: Hamilton County Sheriff’s Office