ATLANTA (AP) — The speaker of Georgia’s House of Representative is taking a leadership post away from a state lawmaker who remarked that the late U.S. Rep John Lewis’ “only claim to fame was that he got conked on the head.”

Republican lawmaker Tommy Benton made the comment in a Thursday radio interview.

It came as he outlined his opposition to replacing a statue of former Confederate Vice President Alexander Stephens with a statue of Lewis in the U.S. Capitol.

Benton is a longtime defender of the Confederacy and the Ku Klux Klan.

House Speaker David Ralston stripped him of a different committee chairmanship in 2017. 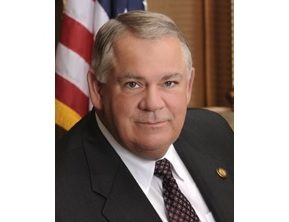 “I have today relieved Representative Tommy Benton from his position as Chairman of the House Retirement Committee. The comments made by Representative Benton are offensive and disgusting. These comments do not reflect the values or the views of the House Majority Caucus. I can neither condone nor ignore such hurtful remarks.”

“Congressman John Lewis spent a lifetime of public service advancing equality for all. He stood with Dr. King to fight for civil rights during dangerous times for which he paid a brutal price.”