Adam Braseel served 12 years for murder, but always said he was innocent. 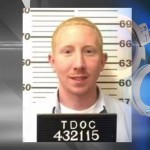 He was convicted of first degree murder for the death of Malcolm Burrows in 2006.

Burrows, who was a known drug dealer, was beaten to death on the side of a road near Tracy City.

Prosecutors had two witnesses putting Braseel at the scene, but no physical evidence against him.

After his conviction, Braseel kept fighting for a new trial.

After a week of testimony, a judge set him free after he agreed to plead guilty to aggravated assault and time served.

In that hearing, his lawyer made the case that another man actually killed Burrows, who looked a lot like Braseel.

That man was Kermit Eugene Bryson.

A year after Braseel was convicted, Bryson got in worse trouble.

When Grundy County deputy Shane Tate came to his home to serve a warrant, he shot and killed the deputy.

24 hours later, authorities had Tate surrounded and he took his own life.

At the Braseel trial in 2019, his attorney presented a witness who claimed that Bryson admitted to killing Burrows back in 2006. 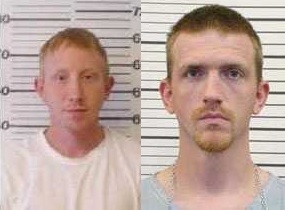 Adam Braseel on the left, Kermit Bryson on the right

And they also had a fingerprint placing Bryson at the scene.

Braseel has been a free man for the last two years, but still faced probation and other restrictions from the lesser plea.

Today’s executive clemency means the Governor believes that Braseel did not commit the crime that he was convicted for and faces no further punishment.

“After reviewing the unique merits of each case, I have made the decision to grant these individuals executive clemency,” said Gov. Lee. “These men and women have shown they are ready for productive lives beyond their sentences, and I appreciate the Board of Parole’s consideration in this process.”