Experience as a principal was high on the list of parents at Alpine Crest Elementary and they certainly have that in their new school leader. Veteran Hamilton County principal Lea Ann Burk moves over to Alpine Crest from Snow Hill Elementary.  Burk is completing her fifteenth year as a principal in Hamilton County Schools.  She has served as the principal at Falling Water Elementary, Brown Academy, and Lakeside Academy.  Burk led Falling Water Elementary to the National Blue Ribbon School honor in 2016.  She began her administrative career at Chattanooga School for the Liberal Arts as an assistant principal.  Burk was a teacher at Hillcrest Elementary and spent 15 years in the classroom at Chattanooga School for the Arts and Sciences, which she helped to open.  Burk holds undergraduate and master’s degrees from the University of Tennessee at Chattanooga.  She has also taught at UTC as an adjunct professor. 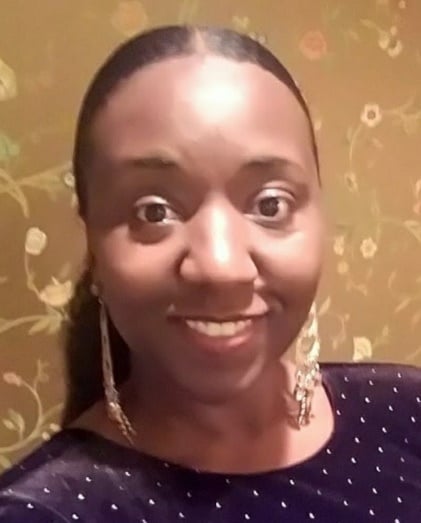 Ursula Greene will be the new principal at Hixson Elementary School.  Greene will be very familiar to the Hixson community as she has served as assistant principal at the school since July 2013.  She has also served as an assistant principal at Hardy Elementary, and Orchard Knob Middle School.  Familiarity with the school and the community were important to parents at Hixson.  Greene has worked in Hamilton County Schools for 18 years as a teacher and administrator.  She is a Leadership Fellows graduate and a Principal Leadership Academy graduate.  Greene is an active member of Delta Sigma Theta Sorority, Inc. which allows her opportunities to work with the city’s youth and the community.  She holds a bachelor’s and master’s degree from the University of Tennessee at Chattanooga, and specialist degree from Tennessee Technological University 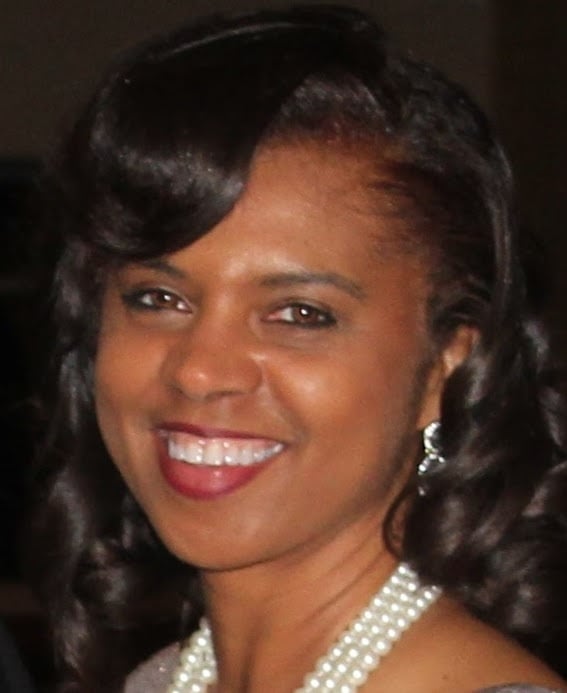 The new leader at Westview Elementary School will also be a familiar face as Debbie Caudle will transition from assistant principal to principal at the school.  She has been assistant principal at Westview since 2016 and worked with parents to form a chess club at the school.  Caudle worked closely with teachers to improve teaching skills and the academic performance of students.  Before moving into administration, she was a third and fourth-grade teacher at Wallace A. Smith Elementary.  She wrote and was awarded a technology grant to begin a news team at Smith for students to deliver the daily announcements in a news format.  Caudle started The Blue Knights chess club at Smith and was one of two teachers from Hamilton County Schools at a round-table discussion with Governor Bill Haslam.  She also taught at Woodmore Elementary in Hamilton County, as well as at Polk County Schools in Lakeland, Florida; and Dallas Independent School District in Dallas, Texas.  Caudle holds a bachelor’s degree from the University of Tennessee, and a master’s from Nova Southeastern University 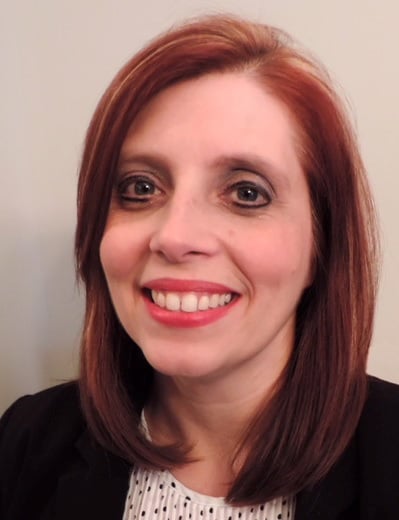 Gail Huffstutler, current principal at East Ridge Elementary, will make a move to Wolftever Elementary School.  Huffstutler’s objective as an educational leader is to empower teachers to facilitate learning and to inspire them to see the genius in themselves and every student.  She has been principal at East Ridge since 2013.  Experience as a principal was a preference expressed by parents at Wolftever.  Huffstutler served as an assistant principal at Bess T. Shepherd Elementary.  She was a teacher and literacy coach at Brown International Academy from 2008 to 20011.  She has taught fifth, third, and first-grade, as well as kindergarten, and she has taught at Brown, Westview Elementary, and Alpine Crest Elementary. Huffstutler was principal of the first Leader in Me school in Hamilton County Schools.  She participated in Principal Leadership Academy Cohort 3, Leadership Fellows Cohort 10 and the State AP Academy.  Huffstutler holds a bachelor’s degree from Lee University, and a master’s from Trevecca Nazarene University 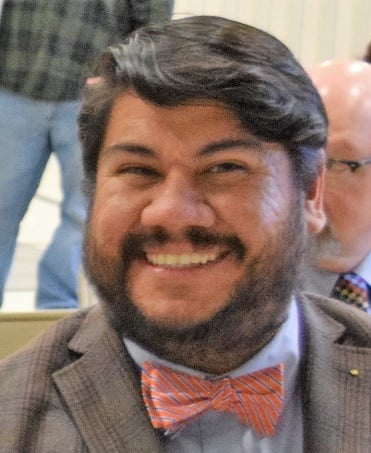 With the opening of the principal position at East Ridge Elementary, Juan Moreno will be promoted from assistant principal to principal at the school.  Moreno has been the assistant principal at East Ridge Elementary since 2016.  He started his career as a kindergarten teacher in 2009 and moved to second-grade in 2014.  Moreno was part of the PEF Principal Leadership Academy Cohort 8, PEF Leadership Fellows Cohort 16, and involved in the Chattanooga 2.0 steering committee.  He seeks to use his abilities in communication, collaboration, technology and instruction to provide a positive learning environment and ensuring involvement for parents and the community.  Moreno has a bachelor’s and master’s degree from the University of Tennessee at Chattanooga. 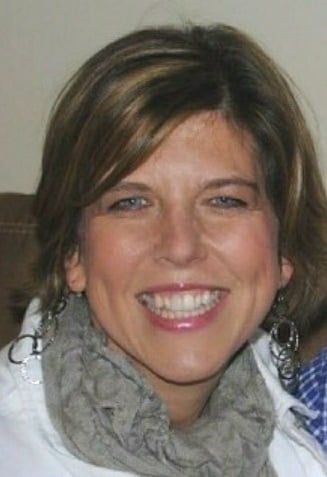 Jill Evans will be the new principal at Rivermont Elementary.  Evans is currently the assistant principal at Middle Valley Elementary School.  Before moving into administration, she worked as a math coach and literacy coach at Middle Valley when it was known as Ganns Elementary.  She started her teaching career as a third-grade teacher and also spent time in kindergarten and first-grade at Green Math and Science Magnet and Ball Camp Primary in Knoxville.  Evans taught at Chattanooga School for the Liberal Arts and Battle Academy in Hamilton County Schools. Evans was in Leadership Fellows Cohort 8, participated in Principal Leadership Academy this past year, and an assessment team committee member for Read 20.  She was also a co-teacher of the University of Tennessee at Chattanooga literacy instruction while at Battle Academy.  Evans holds a bachelor’s degree, urban specialists certification, and a master’s degree from the University of Tennessee at Chattanooga. 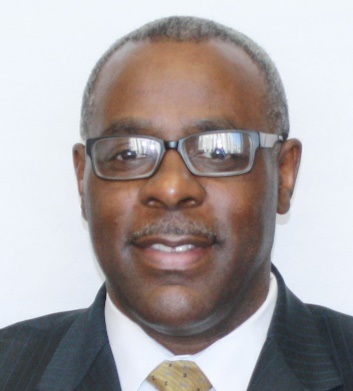 Gerald Harris will be the new principal at Tyner Academy. Harris is a proud Tyner graduate of the Class of 1985.  He was also formerly dean of students at Tyner and was the head basketball coach from 2007 to 2015.  Harris was twice named Coach of the Year while at Tyner. He has extensive experience as a leader at the college level having coached basketball at Trevecca Nazarene University, Middle Tennessee State University, and the University of Colorado.  Strong leadership experience was important to parents of Tyner. Harris is currently the assistant principal at Dalewood Middle and has been there since 2015.  Those few years were his only time in education away from Tyner.  He acquired extensive business experience before beginning his career in education.  Harris was a contract manager for the Tennessee Valley Authority and was a mortgage officer for SunTrust Mortgage and AmSouth Bank.  He is active in the community with the Fellowship of Christian Athletes, member of the United Way, Tyner Recreation Center volunteer, and Phi Beta Sigma Fraternity.  Harris holds a bachelor’s degree from Middle Tennessee State and a master’s from Trevecca Nazarene University. 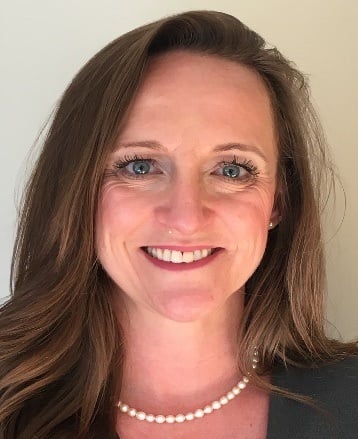 The new principal at Loftis Middle School will be Dr. Mary Catherine Gatlin.  The new school year in the fall will begin Gatlin’s 20th year in education.  In those years she has served as a classroom teacher, data coordinator, curriculum developer, program director, and an instructional coach in West Tennessee. Her experience in data and her curriculum knowledge will be welcomed by Loftis parents as that was important to them in the parent survey.  She moved to Chattanooga with her family in 2013 to work at Red Bank High School as in curriculum interventionist and later became an assistant principal. Dr. Gatlin is currently serving as an assistant principal at Signal Mountain Middle/High School and has been there since 2015. Gatlin began her teaching career as a Theatre Arts teacher and directed theatrical performances.  She is passionate about serving people through relationships, the method and practice of teaching, life-long learning and being a mom. Dr. Gatlin holds a master’s degree in Teaching and Learning, a master’s degree in Educational Leadership and an Educational Leadership doctoral degree from Union University. 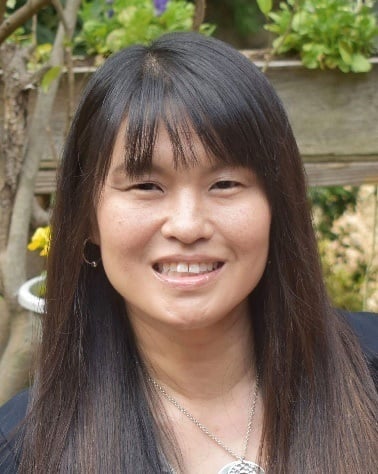 Dawn Lim will take over the reins at Ooltewah Middle School.  Lim is currently an assistant principal at Tyner Academy and has held that position since 2014.  She was an assistant principal at Loftis Middle School.  Lim started her teaching career in Hamilton County Schools as an English teacher at Tyner in 1998.  She was also a volunteer volleyball assistant coach, an assistant track coach and a trainer of diversity workshops.  She moved to Red Bank High School a year later to teach English.  At Red Bank, Lim was co-coordinator of Senior Night and organized the senior trip.  She was also the school improvement grant coordinator, a Leadership Fellow Cohort 13 member, and she planned and organized professional development for four years.  Lim is a product of Hamilton County Schools as she is a graduate of Hixson High School.  She holds a bachelor’s degree from Emory and Henry College and a master’s from Trevecca Nazarene University.