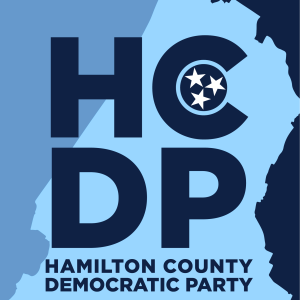 The mother-daughter duo of Allison and Meg Gorman were there along with some of their supporters as the results came in.

The Hamilton County Democrats knew they were facing an uphill battle heading into this evening but the mood inside of the The Feed Table and Tavern was not a somber one, but a rather optimistic one.

State House candidate Allison Gorman said she knocked on over 5,000 doors throughout her campaign and believes that tenacity is the key for Democrats being competitive in Tennessee moving forward despite their current uphill battle.

Gorman said that, “I think they need to be playing the ground game, which they haven’t been doing. I think that’s why Tennessee looks the way it does for example. It looks red on a map and what it is, is that Republicans have been playing a really good ground game for years, I’ll give them credit for that. They have done all of the right things getting people engaged at this very grassroots level and Democrats have not done a very great job of that. They’ve been very focused at the national level and not the ground level. I think we’ve figured that out and we’re going to rectify it.”

The focus in the room towards the end of the event was getting ready for what is shaping up to be a contentious 2024 election year.