CHATTANOOGA (WDEF) – Hamilton County Mayor Jim Coppinger says once again that the rising number of positive tests has nothing to do with the recent business reopening.

Instead, he says it is a factor of the rising number of tests given.. the more tests, the more positive results.

Mayor Coppinger notes there have been no new deaths in weeks now.

And the number of Covid-19 patients in the hospital is now 14 (only 8 of them are actually from the county). 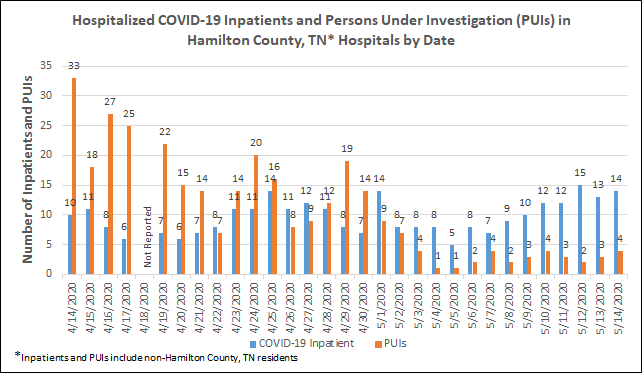 But the 41 new cases they posted yesterday set a single day record.

She says the 37407 zip code has seen a rise in case… which is more residential than business.

37407 covers East Lake from Rossville to I-24, at the base of Missionary Ridge. 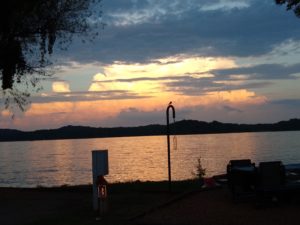 They were surprised that a fish tournament was held there over the weekend, where people congregated at the weigh in.

But large groups continue to show up there.

Mayor Coppinger notes that Chester Frost has always been the most popular gathering spot in the county, but… “Ladies and Gentlemen, we’re in a totally different time for now.”

He says families should not show up at the park in groups of ten or more.

“If we cannot get people to comply, we will be forced to close the park.” 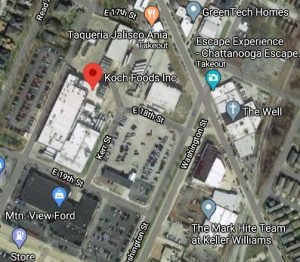 The other problem area has been Koch’s chicken plant.

They have had 11 cases over the last couple of days, but the plant has not shut down.

Mayor Coppinger says they are talking to the owners and hope to get better cooperation.

This is different than the one case at the Pilgrim’s Pride plant on Broad Street.

They still only have one case from that plant.

But despite these problem areas, Becky Barnes stresses we are yet to see social spread from the efforts to reopen the community.

However, she is disappointed that when she goes to the grocery store, she isn’t seeing more face masks.

“If as a community, we don’t follow all the guidelines we will see more spread.”

From the beginning, the health department gave 911 information on who had tested positive.

If a call came from a Covid-19 house, a warning popped up on dispatchers screens warning that there were respiratory issues there so first responders needed to take precautions.

Barnes says now that first responders have more protective gear, they no longer need to use the information for 911 calls.

This has become an issue since Gov. Lee began allowing the release of Covid-19 information to first responders and jails.

Some are using it and some are not.