How your Senator voted today on Women’s Health Protection Act

WASHINGTON D.C. (WDEF) – A bill aimed to protect abortion rights from an upcoming Supreme Court ruling failed in the U.S Senate 51 votes against to 49 for.

The Democratic sponsored bill was hastily put together before a Roe V Wade decision is handed down by the Supreme Court, which a leaked document revealed may strike it down.

Here is the break down of how Senators from Tennessee, Georgia, North Carolina and Alabama voted. 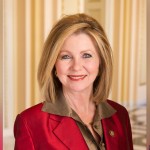 Today’s vote on the Women’s Health Protection Act is a continuation of the left’s mission to undermine the legitimacy of the Supreme Court and prop up their abortion-on-demand agenda. 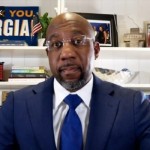 Today, I’m voting YES on the Women’s Health Protection Act because women’s reproductive freedom must be codified into law—I urge my colleagues to do the same. 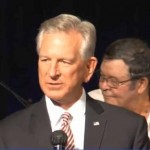 Rejected by a bi-partisan majority.

(W VA Joe Manchin was the only Democrat voting against)

This bill prohibits governmental restrictions on the provision of, and access to, abortion services.

Specifically, governments may not limit a provider’s ability to

perform unnecessary medical procedures,
provide medically inaccurate information,
comply with credentialing or other conditions that do not apply to providers whose services are medically comparable to abortions, or
carry out all services connected to an abortion.
In addition, governments may not (1) require patients to make medically unnecessary in-person visits before receiving abortion services or disclose their reasons for obtaining such services, or (2) prohibit abortion services before fetal viability or after fetal viability when a provider determines the pregnancy risks the patient’s life or health.

The bill also prohibits other governmental measures that are similar to the bill’s specified restrictions or that otherwise single out and impede access to abortion services, unless a government demonstrates that the measure significantly advances the safety of abortion services or health of patients and cannot be achieved through less restrictive means.

The Department of Justice, individuals, or providers may bring a lawsuit to enforce this bill, and states are not immune from suits for violations.

The bill applies to restrictions imposed both prior and subsequent to the bill’s enactment.