ISTANBUL — Turkish crime-scene investigators searched the home of the Saudi consul general in Istanbul Wednesday in the disappearance of Saudi writer Jamal Khashoggi.

As Saudi Arabia’s green national flag flapped overhead, forensics teams entered the residence, located slightly more than a mile from the consulate where Khashoggi vanished Oct. 2 while trying to pick up paperwork to get married.

Crime-scene technicians wore white coveralls, gloves and shoe covers. It wasn’t immediately clear what they hoped to find, although surveillance video had showed diplomatic cars moving between the consulate and the residence nearly two hours after Khashoggi walked into the diplomatic post.

It was the second-such extraordinary search of a site considered sovereign Saudi territory under international law. Earlier this week, investigators spent hours in the consulate.

A high-level Turkish official previously told The Associated Press that police found “certain evidence” of Khashoggi’s slaying at the consulate, without elaborating. The official spoke on condition of anonymity because the investigation was ongoing.

The latest search, of the residence, came 15 days after Khashoggi’s disappearance — and after police apparently thought they would be able to conduct the search on Tuesday. Turkish Foreign Minister Mevlut Cavusoglu said Saudi officials had halted that search, claiming that Consul General Mohammed al-Otaibi’s family was still there.

Meanwhile, U.S. Secretary of State Mike Pompeo continued his silence on key details and questions as he prepared to leave Turkey, which he visited for talks over Khashoggi’s disappearance.

“They’re going to do an investigation,” Pompeo said about the Saudis. “And when the investigation comes out we’ll evaluate it. It’s not about benefit of the doubt, it’s that — it’s reasonable to give them a handful of days more to complete it so they get it right.”

Pompeo told reporters to be “mindful” of the meaning of the Saudi relationship in the region.

“The Saudis have been great partners in working alongside us on these issues,” Pompeo said. 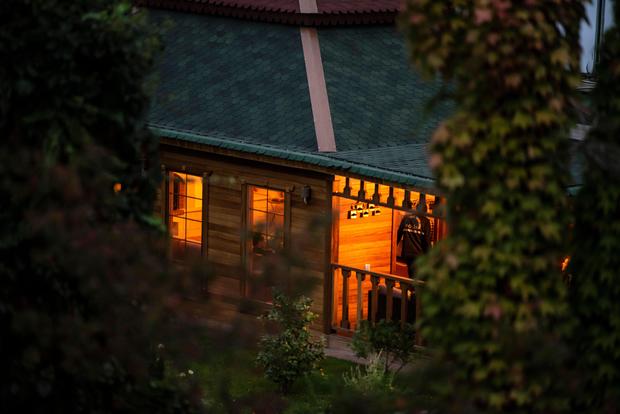 Turkish forensic police search for evidence at the garden of the Saudi Arabia’s Consul General Mohammad al-Otaibi on October 17, 2018 in Istanbul.