Jeremy Ingram gets clemency in 1994 murder for hire case

NASHVILLE (WDEF) – On his last day in office, Governor Haslam granted executive clemency to 23 inmates, including a murder-for-hire conviction in Hamilton County.

In 1994, Jeremy Ingram shot Gina Sanjines three times, but ended up killing her boyfriend, Virgil Schrag in the process.

Her ex-husband, Jorge Ariel Sanjines, was given a life sentence for hiring Ingram.

Now the Governor is commuting Ingram’s life sentence to parole supervision beginning a year from now.

The Governor says that Ingram has undergone a transformation during his 25 years in prison. He was 18 at the time of the crime.

He has earned four higher education degrees and has taken part in rehabilitation and faith-based programs.

The Governor says Ingram has earned the respect of numerous volunteers and prison officials.

But the survivor of the shooting back in Chattanooga is not one of them.

Gina Sanjines just found out Thursday about the clemency.

They didn’t give her any reasons for it at that time.

“It is an understatement to say that I am devastated. Not just for me and my family, but for all the citizens of Hamilton County. This man admitted to murder for hire. First time I met him he had a gun in his hand, pointed at my head,” Sanjines said.

Sanjines was in the ICU for two weeks. She lost sight in one eye. Rehab has been an ongoing process for her.

She says the shooting had lasting effects on her and her three children.

“It is such a huge setback, because they have been so fearful of my life for so long. And this brings it all back and makes them more fearful,” she said.

Neal Pinkston, the Hamilton County District Attorney,  says there were no issues with this case.

“This isn’t a case where prosecutors withheld evidence and it was revealed 20 years later or somebody was wrongfully convicted. The law enforcement and the prosecutors did everything exactly as they were suppose to,” Pinkston said.

Sanjines was told this is final.

“But there has got to be something that we can do as a community to say this isn’t right,” she said.

In summing up all of the clemency cases, the Governor said “These individuals receiving pardons have made positive contributions to their communities and are worthy of the forgiveness that may help them restore their rights or obtain employment.

Those receiving commutations will gain another chance to become contributing members of society.

Clemency requires attempting to balance mercy and justice, and my legal team and I have taken this responsibility seriously during a thorough review of many cases.” 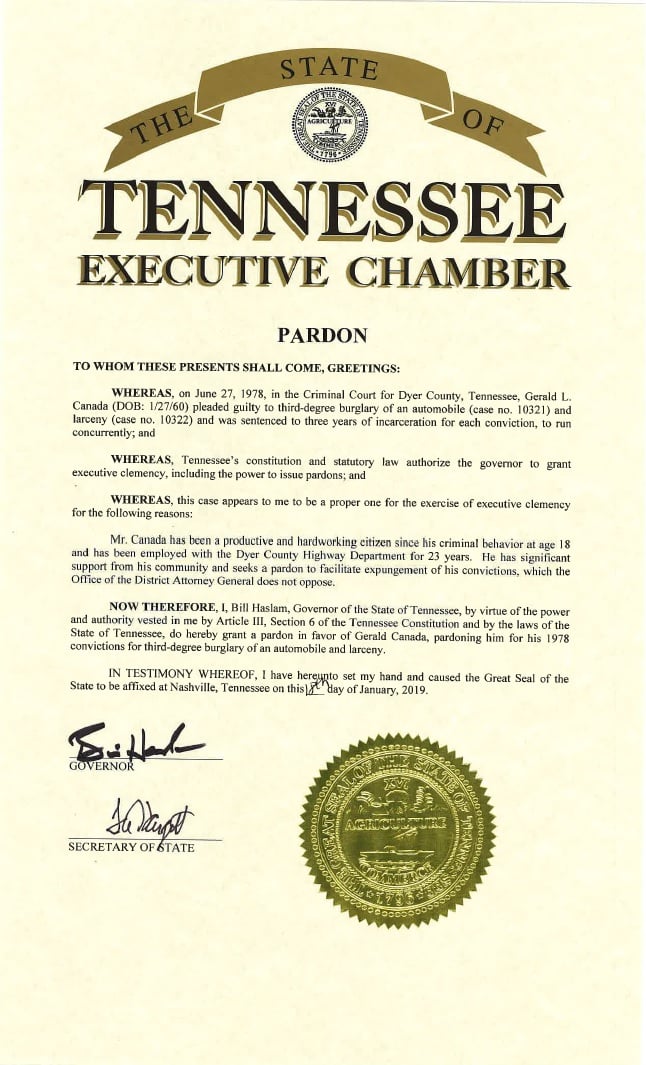