A child was seriously hurt at the blue cove in July, and two people have died there over the past few years.

Sheriff guy says there have been reports of an arson, drug trafficking, and underage drinking.

Now that the property is permanently closed, anyone caught there could face criminal charges. 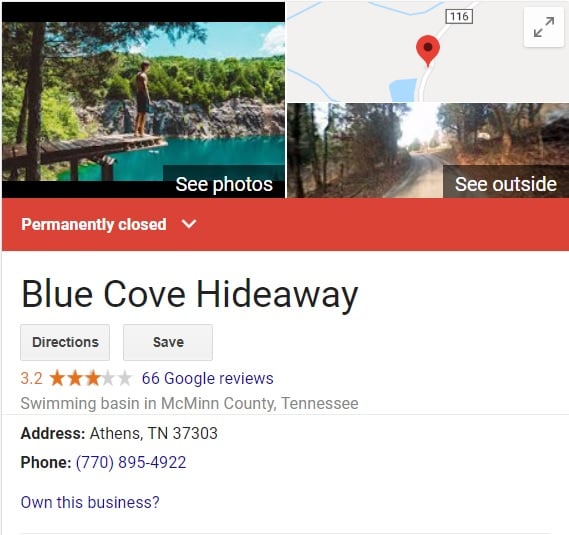