Keeping up with Kris Jenner

Consider the Kardashians, as they attended last year’s Metropolitan Museum of Art Gala. They may have looked and acted like royalty, but unlike most royals, nothing you see was inherited: everything they have, from the glittery earrings to their pedicured toes, was earned through good ol’ American marketing.

And if there’s any parallel to royalty here, it’s maybe that the Kardashians have a queen.

When correspondent Tracy Smith asked Kris Jenner what her life would be like if you didn’t let television cameras in, Jenner replied, “Maybe boring.”

The “power-mom” of the Kardashians talks about how they’ve achieved success, their social media status, and trademarking the term “Momager.” CBS News

At 63, Kris Jenner is the matriarch of a media and merchandise empire, one to which she quite literally gave birth. For much of the past 12 years, Jenner and her children have been living in the public eye through their E! Network TV series, “Keeping Up with the Kardashians.” It’s a reality show, but the “realest” part is that it’s been a massive launch pad for her daughters.

The Kardashian-Jenner sisters have hundreds of millions of followers on social media, a TV show in more countries than the Peace Corps, and a collective fortune bigger than the Kennedys’, built on things like makeup, clothing, and personal endorsements.

Smith asked, “How much of their business, how much of the money that your daughters bring in, is based on their endorsements of products on social media?”

The fees, she said, are all over the board: “It’s definitely six figures. And sometimes, if it’s Kim, or if it’s Kylie, it depends on really what it is.”

“Is it more than six figures if it’s Kim or Kylie?”

“If it’s a pharmaceutical product, if it’s something that you’re gonna drink or ingest, or put on your body.”

“And that’s more than six figures?”

And maybe the sky’s the limit. For example, daughter Khloe Kardashian is reportedly worth around $40 million. Kim is said to be worth around $350 million; and Kylie, the youngest, topped them all. She started her own makeup line in 2015, and last month Forbes named her the youngest self-made billionaire on the planet.

Smith asked, “Is it fair to call her ‘self-made’?”

“I think she’s self-made,” Jenner replied. “Listen, my girls, you can say that certain things have been handed to them. But it takes a lot of work to do what they’re all doing.”

“So she may have the name, which is the leg up, and the notoriety of the TV show, but the money is all hers?”

“Right, we’re talking about money. And the money she’s made is her own. It began with her own savings. She put her own blood, sweat and tears into it. It was her idea. It was amazing what she did, and what she showed the rest of us how to do it.” 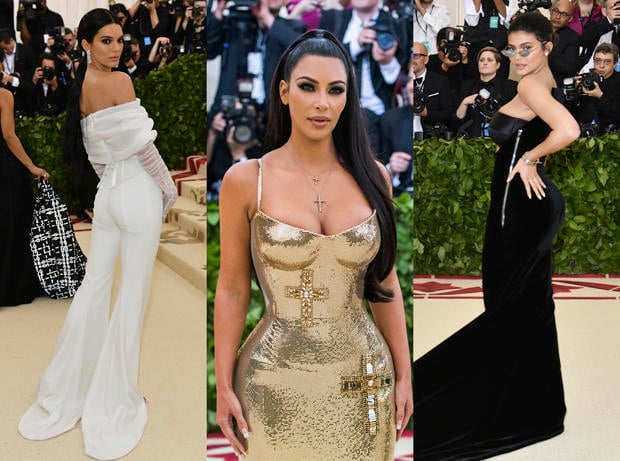 But it’s not just about making money. Smith listened in on a planning meeting for a Thanksgiving food giveaway. The Kardashians, individually and as a family, are said to give millions away for causes ranging from homelessness to Alzheimer’s research.

Smith said, “You know there are people who say that the Kardashians are all about materialism and vanity. Is this an effort to change that image?”

Jenner said, “I don’t think there’s an effort to change an image. I mean, that’s an image from some people. Other people see it a lot differently. So, I think people usually don’t know what they’re talking about. And when you start criticizing someone else, you gotta look inside.”

“Why do you think you guys are the target?”

“Well, I think that anybody – we’re not the only target. Any person who is, you know, well-known and successful and are on social media is a target.”

“Maybe,” Jenner said. “But what I do know is, we get up every day with appreciation, and love, and a work ethic that, you know, is stellar.”

And part of that work ethic comes from her. Kris Houghton worked as a flight attendant before she married attorney Robert Kardashian, with whom she had four kids: Kourtney, Kim, Khloe and Rob. In 1991 she split with Kardashian and married Olympic champion Bruce Jenner, and they had two girls, Kendall and Kylie.

“We got married. And we didn’t have a lot of money. But we had a lot of kids. And we had to get a big house. And everybody was in private school. So, start there. And I was like, ‘We gotta figure this out.'”

“Were you lying awake nights, trying to figure out how you’re gonna [support them]?”

“A hundred percent,” she replied.

Kris became Bruce Jenner’s personal manager, booking speaking gigs for him as a way to raise cash.  She basically stayed out of the spotlight, until a friend told her that her crazy family life might make a good TV show. And there never seems to be any shortage of drama in the Kardashians’ lives, like Bruce Jenner’s transition to become Caitlyn.

Smith asked, “Do you keep in touch regularly with Caitlyn?”

Jenner says she spends a lot of her time managing her children’s careers, a self-styled “mom-ager” who takes a ten percent cut.

She even trademarked the term “momager.” “I thought it would be such a good opportunity to maybe do something involved with momager. You know, I do that from time to time, because I feel like something’s important. And I wanna protect it.”

Smith asked, “So, what else do you have trademarks on?”

“You are a little nosy Nellie over here!”

“Can you tell me any of the other ones?”

Today, Kris Jenner has more power and influence than any other momager out there. It seems the one thing she doesn’t have is regret.

Smith asked, “What have you had to sacrifice?”

“Privacy. But, you know, comes and goes. Who cares?”