Witness tells News 12 he smelled something burning late Sunday morning; Chattanooga Fire Department says blaze was under control and out by 2:00 p.m. 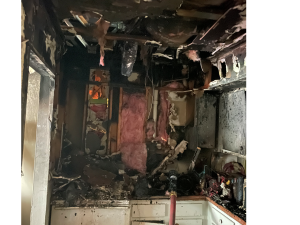 CHATTANOOGA (WDEF) – The Chattanooga Fire Department responded to a fire Sunday afternoon at the Rustic Village Apartments in the 500 block of Central Drive.

The department got the call a little after 1:30, but one resident News 12 spoke to says he smelled smoke late this morning.

According to the fire department, a fire in the kitchen of one unit got into the cabinets, and eventually in the walls between two apartments.

Firefighters on scene told News 12 the fire was under control by 2:00 p.m.

The department went on to say residents in 16 units were forced from their apartments, and the electricity was cut because the fire was believed to be electrical in nature.

The fire is still under investigation.