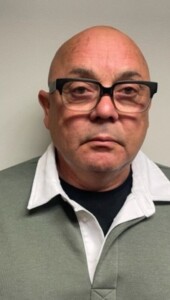 COLLEGEDALE, Tenn. (WDEF) — The Collegedale Police Department arrested the man responsible for the train derailment on December 20. Jorge Luis Cruz-Vega is being charged with felony reckless endangerment, they said.

Officials say that Cruz-Vega is currently out on bond, with his court date set for April 12.

He was also charged with failure to yield and a registration violation, according to the police department.

Cruz-Vega was transporting a 137-foot concrete bridge span at the time of the collision, Collegedale police said.

They said that he stopped halfway across the tracks. Police also said that Cruz-Vega brought his truck into the lane of oncoming traffic.

While stopped, a Norfolk Southern train struck Cruz-Vega’s tractor trailer. This caused the train to derail, according to the Collegedale Police Department.

The police department said Cruz-Vega started over the railroad crossing without assuring he could clear the tracks. They also said that he never contacted the Norfolk Southern Railroad about his delivery route.

Crews Working to Clean Up Train Crash Wreckage in Collegedale