Greeley, Colo. — The disappearance of 12-year-old Jonelle Matthews shortly after singing “Jingle Bells” with classmates at a 1984 Christmas concert stunned this rural town in northern Colorado. Her case attracted the attention of President Reagan, and came at a time when the faces of missing children across the nation were being placed on milk cartons.

On Thursday, police announced that human remains found by construction workers earlier this week were that of the little girl who would have been 47 now, answering one question that has haunted police and others for decades but reigniting a gnawing mystery of what exactly led to her demise.

“My heart sank. It brought tears to my eyes,” childhood friend Shelby Lobato told CBS Denver. “I felt really bad for her family.”

A poster offering a reward for Jonelle Matthews CBS Denver

Jonelle, a member of the Franklin Middle School Honor Choir, stood on a garland-adorned staircase during the concert, sporting short, thick dark hair and smiling slightly, perhaps shyly. She was a 7th grader, active at the Sunny View Church of the Nazarene.

After the concert, Jonelle was taken home by a friend and the friend’s father.

She was last seen at 8 p.m. on Dec. 20, entering her family’s simple ranch-style home with a detached garage, the front yard blanketed by snow. No one was ever arrested. Jonelle lived with her father, Jim, her mother, Gloria, and a sister, Jennifer.

Months later, the lack of answers surrounding the case of Jonelle and other missing children was taken up by then-President Ronald Reagan, whose administration helped open a national center for missing children that ran a toll-free hotline. More than 1 million children disappeared each year, Reagan said, urging members of the National Newspaper Association to publish pictures of the nation’s missing children as a “mission of mercy.”

Jonelle, Reagan said, “would have celebrated a happy 13th birthday with her family just last month. But five days before Christmas, Jonelle disappeared from her home.” 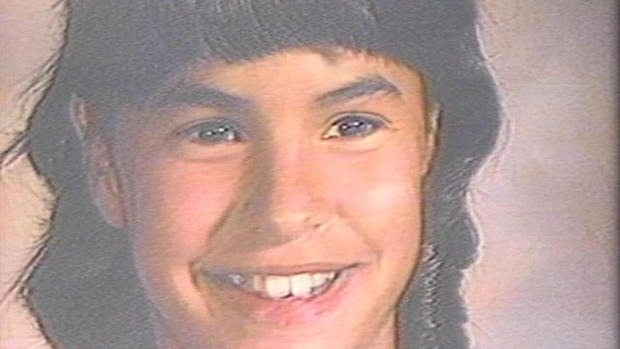 Three years earlier, a Florida boy, Adam Walsh, vanished and was later found murdered, sparking his father John Walsh to become a crusader for the plight of missing children.

Tuesday’s discovery near Jonelle’s hometown of Greeley was the first significant development since police announced last December – on the 34th anniversary of her disappearance – that they were ramping up their investigation and hoped to use modern technology to solve it, The Greeley Tribune reported.

Greeley Police are staying tight-lipped about the ongoing investigation, yet say they’re working “tirelessly” to determine how Jonelle died and who may be responsible., CBS Denver reported

At the time, police released a video of Jonelle and classmates at the Franklin Middle School holiday concert in a plea for more information.

Greeley police Sgt. Joe Tymkowych said Thursday he could not comment on how authorities were able to identify the remains as those of the young girl so quickly. He also declined to comment on the ongoing investigation.

“She knew what she wanted and how things should be done,” Mogensen told The Associated Press Thursday.

Mogensen, who was a junior in high school at the time, said she was playing varsity basketball the night her younger sister disappeared. The family’s house was empty when Jonelle was brought home because their father was at the game and their mother was out of state, Mogensen said.

Jonelle was missing when their father arrived home about 8:30 p.m., Mogensen said.

“I’m grateful for this closure after 34 years,” she said. “It does bring up some old wounds and some more questions, maybe, of what happened. But we’ve received so much love and support already.”

Mogensen, who lives in Washington state, said their parents, Jim and Gloria Matthews, are retired and living in Costa Rica.

“They’re sad,” she said. “They’re grateful for all the hard work the Greeley Police Department has done.”

Mogensen said she and her parents would travel to Greeley at some point but their plans were not certain.

The Tribune reported Wednesday that workers were constructing a new pipeline when they discovered bones Tuesday night. Weld County Sheriff Steve Reams said his deputies were treating the case as a homicide investigation.

Greeley is about 50 miles (80 kilometers) north of Denver. The remains were found along a rural route southeast of Greeley.

“Parents cry out for help, many through letters to me,” Reagan told editors in 1985. “But a president can only do so much.”