The Morning After the fires in Gatlinburg

GATLINBURG, Tenn. (WDEF) – FEMA reports hundreds of buildings destroyed in Sevier County from the fires that swept through overnight.

Here are posts from people after dawn broke to count the damage.

Fires in #Gatlinburg are contained & there are no reports of any biz in #PigeonForge damaged by the fires – still very smoky pic.twitter.com/JJoGaYsIgc 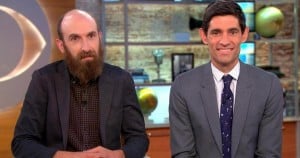 Despite TEMA reports of major damage at Ober Gatlinburg, they posted much better news on their Facebook page this morning.

Our property is okay. Please keep Sevier County in your thoughts and prayers!

And the animals are safe.

Dollywood representatives say the theme park hasn’t been damaged by wildfires, but more than a dozen cabins operated by the park have been damaged or destroyed.

A news release says Dollywood made an assessment of the park early Tuesday morning. On Monday night, resort staff evacuated families staying in 50 rooms at Dollywood’s DreamMore Resort and in 19 of Dollywood’s Smoky Mountain Cabins.

The release notes that Dollywood has suspended park operations at least through Wednesday, but DreamMore will be open on a limited basis as a shelter and for registered guests.

Also on Tuesday, the Tennessee Emergency Management Agency reported that the Ober Gatlinburg amusement park and ski area is fine. The agency previously received reports that the facility was likely destroyed.

Preliminary surveys indicate that the fires have wiped out the more than 100 buildings of the Westgate Smoky Mountain Resort & Spa.

The Mountain Lodge Restaurant is no longer with us 😔#Gatlinburg pic.twitter.com/U5tQIBv8Ig

Ripley’s Aquarium is reported okay today after the staff abandoned more than 10,000 creatures when they evacuated. Officials hope to get staff back later today.

My video from early. Share away. Shows one of the fires in the distance. I expect everything to be normal tomorrow….Ryan

Just managed to get into Gatlinburg. We lost Wild Wing and Hughes all. All other buildings seemed to have survived.