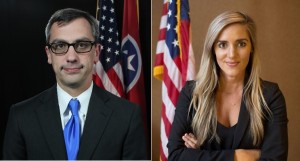 In the statement, Nashville District Attorney General Glenn Funk said he could not comment anymore on the case still under investigation.

Here is the statement:

District Attorney General Neil Pinkston appropriately and correctly asked the TBI to conduct this investigation and for an independent prosecutor to handle the case.  He was honest and transparent in the referral of this case to another District Attorney and in providing the information he had received from law enforcement up to that time.

The office of the District Attorney General for the 20th Judicial District was assigned to act as Special Prosecutor. As it is a pending matter, I cannot comment about any of the facts.

I want to make it perfectly clear this matter will be determined solely on the facts developed by the TBI investigation without regard to any possible political ramifications.