The winner of Gerber’s ninth annual photo contest is just 15 months old, but she’s already making history. Baby Kairi Yang from Hickory, North Carolina was chosen out of a record-breaking 544,000 entries, according to Gerber. She is the first official Gerber baby of Hmong descent, Gerber said in a statement to CBS News. Hmong is an ethnic group from China and Southeast Asia.

Kairi will appear as Gerber’s “spokesbaby” on social media, and her family will receive $50,000 for winning the contest, according to Gerber’s press release. Her parents submitted a close-up picture of Kairi’s sweet face, which was ultimately chosen as the winning photo.

“As soon as we saw her photo, we fell in love with Kairi’s expressive eyes and angelic face, looking toward the future and being excited for all that it holds,” Bill Partyka, president and CEO of Gerber, said. “We believe that every baby is a Gerber baby, and this year, are thrilled to recognize Kairi as the new face of Gerber.”

This is the winning photo Kairi’s parents sent to Gerber. “We believe that every baby is a Gerber baby, and this year, are thrilled to recognize Kairi as the new face of Gerber,” Gerber’s president and CEO said Tuesday. The Yang Family

Last year’s official Gerber baby made history, as well, as the company’s first-ever Gerber baby with Down syndrome. Lucas Warren was embraced by the world and Gerber invited him to serve as an honorary judge this year, the company said. Lucas helped choose Kairi as the next spokesbaby.

Kairi’s parents were “speechless” at the news and “beyond thrilled,” said her mom, Ying Vue. “Kairi’s personality is larger than life, and she always maintains a spunky attitude. We hope Kairi’s one-of-a-kind, entertaining personality and vibrant facial expressions radiate positivity around the world, just like she does in our home every single day!” 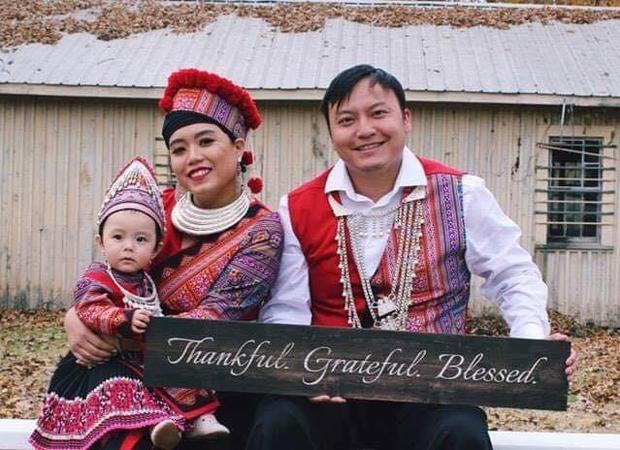 The Yang family is Hmong, which is an ethnic group from China and Southeast Asia. Kairi is the first spokesbaby of Hmong descent. The Yang Family

The first ever Gerber baby was Ann Turner Cook, whose picture is featured on the brand’s logo. Cook, who is now 91 years old, was chosen after her family submitted a charcoal drawing of her when she was 4 months old in 1928. Her photo became the company’s official trademark in 1931.

In 2010, the company started a photo contest to choose even more Gerber babies to represent the brand on social media. For the past nine years, Gerber has chosen a diverse group of winners to serve as “spokesbabies.” Now the company says it’s planning to launch an even bigger global search ahead of the tenth anniversary contest.