They expect that Sidney will be able to close on his home by mid March.

Organizers say that over the past 11 years, the City of Chattanooga has invested more than $3 million to build 49 Habitat for Humanity homes. 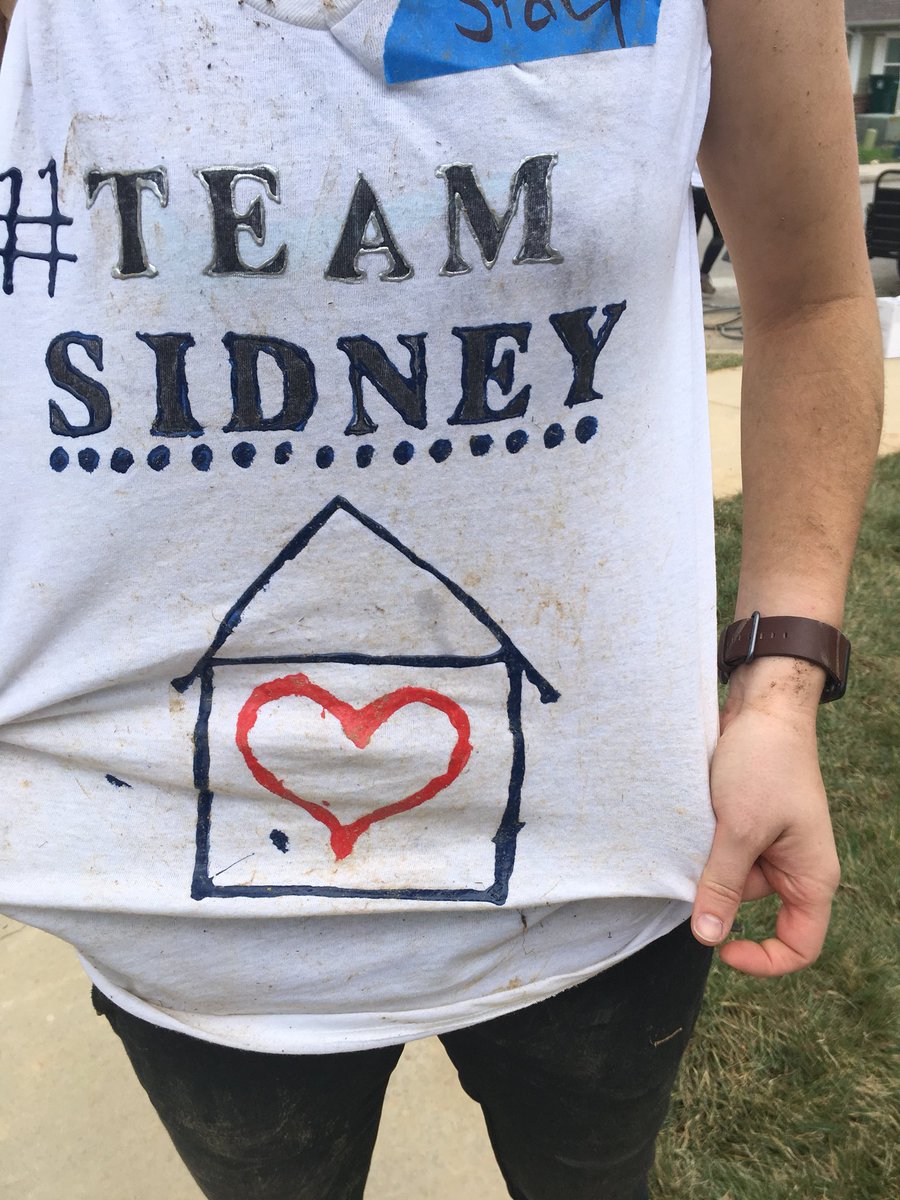 On Saturday, Mayor Andy Berke and a dozen City of Chattanooga employees put the final touches of a home built for one of their very own, Sidney McDonald.

Sidney is a greeter at City Hall, but to many he is so much more. He has been employed with the City of Chattanooga for about 4 years now.

Sidney says, “I give thanks to the city and to Habitat, the Presbyterian Church, they were a big help for this and the Mccallie school so it’s like a team effort it’s Sidney‘s team and I’m just really excited to be a part of it. 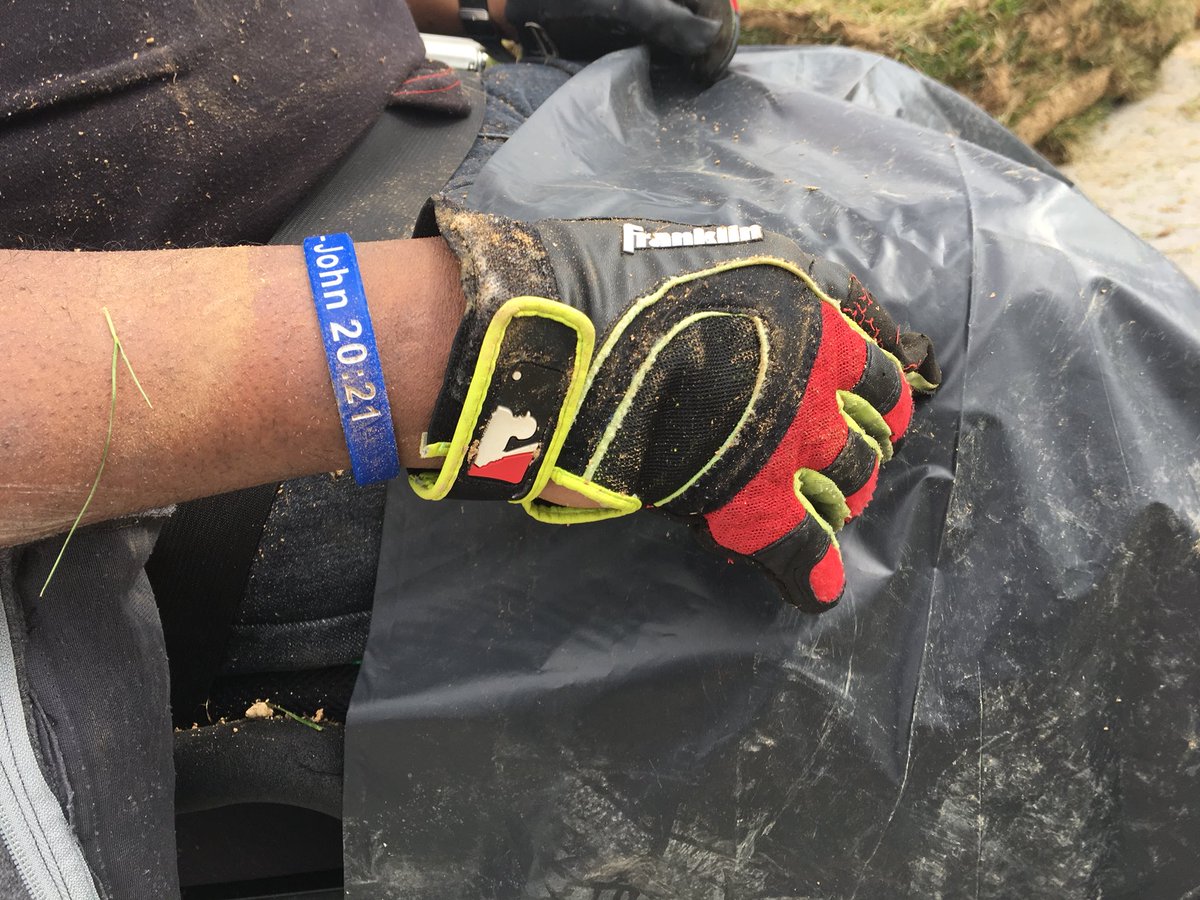 Sidney had a wrist band on with the scripture, John 20:21- “Again Jesus said, “Peace be with you! As the Father has sent me, I am sending you.” He says, his faith was instilled in him by his Grandmother.

After 200 hours of “sweat equity, Sidney says, “I’m wearing dirt but this is part of my dirt and you know I really enjoyed it.”

Sidney will soon be able to walk into Ruby’s Place… a new home that he says will be named in his grandmothers honor.

Sidney says that, “it’s going to be Ruby’s place to honor her and her name Ruby’s place.” This is in honor of his grandmother that has passed away, but raised Sidney. He says it was her effort that made him the man that he is today.

“I’ve always been a fighter, go getter because I’ve always been told ‘I can’t do, I can’t that’ and I refused… against the odds because my grandma taught me better than that and that as long as you believe in Jesus and in yourself, you can do anything you want to do,” says Sidney.

David Butler, President and CEO of Habitat for Humanity, says, “people probably know him from all the different places he goes and where he works at City Hall and the movie theater and he’s been through rough times not just the fact that he’s disabled but the fact that he’s had some personal things go on the ice is really important to us to make his life whole”

Sidney worked Saturday alongside his coworkers from City Hall…. Sidney is a greeter , but to many, he is so much more. He has been employed with the City of Chattanooga for about 4 years now.

Chattanooga Mayor Andy Berke says, “Sidney’s touched a lot of lives if you’ve ever come downtown to City Hall or to the movie theater or wherever you’ve come across evening and he’s always got a smile on his face and I think he gives us a smile to move in to his own home.”

Sidney’s 2-bedroom wheelchair accessible home was funded by Rivermont Presbyterian Church and the City of Chattanooga. They expect that Sidney will be able to close on his home by mid March.

“A lot of people coming to me and say Sidney you have been an inspiration and I say now I’m just a big kid with a mustache,” says Sidney. 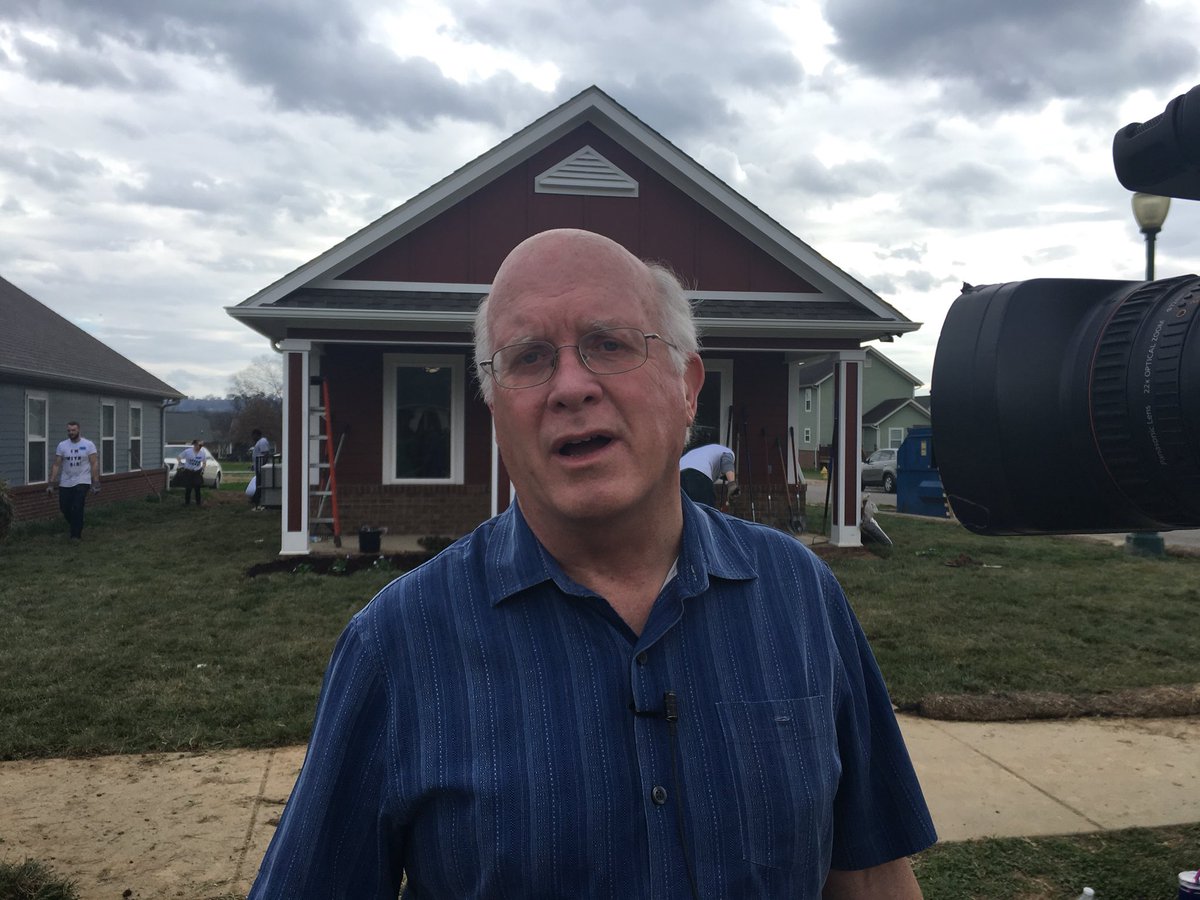 Butler says, “We have 271 houses and there’s 271 stories that would rip your heart this is another one.”

A new @habichatt home is almost complete. The homeowner is no stranger to Chattanooga. Sidney’s story tonight at 11 on @wdefnews12 @AndyBerke and others from @Chattanooga_gov were out helping with the landscaping today. #TeamSidney #habitatforhumanity pic.twitter.com/AmIEv7H4ud