Police are urging the public to come forward with any information concerning Mackenzie Lueck, the missing University of Utah student who disappeared more than a week ago. Police have released new images showing her at Salt Lake City International Airport after visiting family in California.

Lueck was last seen meeting an unknown person in the middle of the night, police say. After Lueck arrived in Salt Lake City early last week, officials added, she took a Lyft from the airport to a park about 20 minutes away. There, the 23-year-old reportedly met an unknown individual who welcomed her into his car. She put her bag in the person’s car and left with them, and she hasn’t been heard from since.

“Our detectives have been working around the clock on this case,” said Salt Lake City Assistant Police Chief Tim Doubt. Salt Lake City police worked overnight to find the person who met Lueck at the park the night she disappeared. They are appealing for that unknown person to call authorities.

Investigators provided a timeline that begins at about 1:35 a.m. Monday, June 17, when Lueck landed at Salt Lake City International Airport after going home to California for her grandmother’s funeral. She texted her mother at 2:01 a.m. to let her know she arrived. About 40 minutes later, Lueck took a Lyft from the airport to Hatch Park in north Salt Lake City, arriving just before 3 a.m. 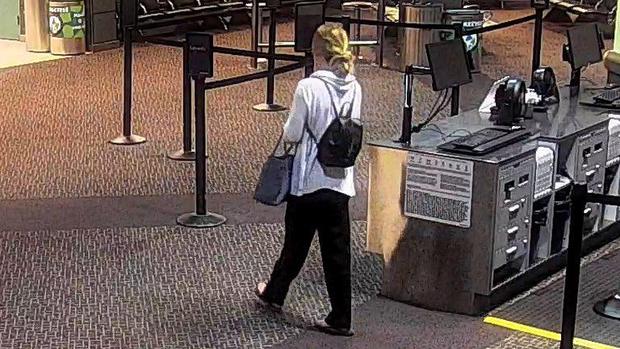 Doubt said that detectives have spoken with Lueck’s friends and school acquaintances, and visited locations she was known to frequent. He added that her cellphone isn’t ringing, leaving friends concerned for her safety.

“No call, no email, no social media, nothing,” said Lueck’s friend, Kennedy Stoner. Lueck missed her midterm college exam, and was supposed to fly home to Los Angeles on Sunday — but she didn’t make that flight.

A spokesperson for Lueck’s family tells CBS News that a major part of the police investigation is Lueck’s dating life and her use of dating apps. Investigators are exploring whether she had any secret social media accounts or an alternative cellphone.

“We don’t have any evidence that any foul play has occurred,” Doubt said. “But the circumstances of her just going off the grid … that’s concerning to us.”

Investigators have served several search warrants and are asking for tips about the woman’s whereabouts or any additional phones or social media accounts she may have had.