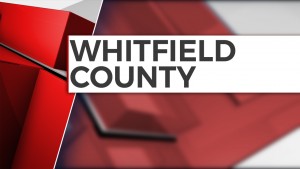 DALTON, Ga. (WDEF) — New Qcells facilities in Northwest Georgia will bring over 2,500 new jobs to the area, Governor Kemp announced on Wednesday. The company will be doubling their production in Georgia.

Qcells is a solar module manufacturing facility. The largest one in the Western Hemisphere is located in Dalton, Georgia, according to officials.

The company will be adding a third facility in Dalton and creating a new facility in Cartersville, according to Governor Kemp.

Qcells supports over 700 jobs in Whitfield County, with that number expecting to increase to over 4,000 by 2024, Governor Kemp announced.

Qcells currently has a solar panel capacity of 1.7-gigawatts in Georgia. Kemp says that number is expected to increase to 8.4 gigawatts by 2024.

Officials say the company is investing more than $2.5 billion in the expansion.

Qcells is one of the largest renewable energy solutions providers. The company first came to the area in 2019.

“With this investment, we’re proud to strengthen our U.S. manufacturing capabilities and create good-paying jobs,” said Qcells CEO Justin Lee. “We are seeking to further expand our low-carbon solar investments as we lead the industry towards fully American-made clean energy solutions. Today’s news is further evidence of our growing partnership with Georgia, the workforce there, and an even brighter future together.”