Norfolk, Va. —  An 80-year-old New York man has been arrested on charges that he killed two young women in a beach cottage nearly half a century ago in Virginia, police said Tuesday. Ernest Broadnax was arrested in New York City on Monday and faces two counts of second-degree murder and one count of rape in Virginia Beach. The slayings occurred in the summer of 1973.

Virginia Beach police did not say how they linked Broadnax to the killings. They said their cold-case unit began to pursue a “strong lead” last year and sought out “advanced forensic technology.”

Broadnax, who lives in New York City’s Queens borough, is waiting to go through extradition in New York, police said. It’s unclear if he has an attorney. Broadnax is expected to be extradited on April 22, the New York Post reported.

For decades, the case haunted the coastal city in Virginia and the officers who launched the investigation.

Friends Janice Pietropola and Lynn Seethaler were from the Pittsburgh area and had rented a cottage about a block from the Atlantic Ocean.

Concerned when the two 19-year-olds missed their checkout time, an employee opened the door of their rented cottage, peered inside and discovered their bodies.

Pietropola was shot three times in the right side of the head with a .22-caliber gun. She also was raped and strangled.

Seethaler was shot twice in the right side of the head and face. Her neck was slashed with a wine bottle, and she also was strangled.

Eight other women were killed in the same area over the next 12 years and several more went missing, CBS affiliate WTKR-TV reported. Virginia Beach police told the station in 2011 that Pietropola and Seethaler were killed by a serial killer.

Every available detective was put on the case. There were hundreds of interviews and thousands of communiques with police elsewhere.

“We did everything we could,” then-police Capt. William Haden told The Associated Press in 1998. “We flew in the helicopter, we searched rooftops, we climbed into manholes.”

During their week in Virginia, Seethaler and Pietropola met several men on the beach and had gone on dates. On two occasions, they invited some of their new acquaintances back to the cottage for beers.

The contents of the women’s purses had been dumped on the cottage floor, but robbery never was considered a motive.

Police didn’t know if the killer knew the women, or if the victims were picked at random. 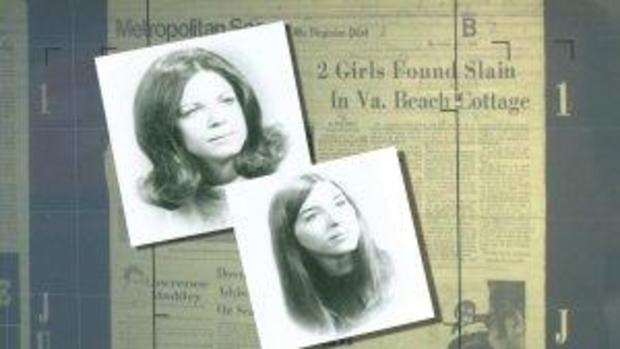 For Haden, the case became personal. The crime happened on his 31st birthday, and he said he felt as if the young women’s parents had entrusted their daughters to his care.

More than a decade after the killings, Haden flew to Los Angeles to investigate two suspects arrested on an unrelated crime whose names had surfaced in the Virginia Beach investigation. But he couldn’t connect them to the slayings.

“I have always referred to them as ‘my girls,'” he said in 1998. “I still don’t know why this case was so personal. There is no way I can describe that to you.”

Virginia Beach police said in their statement Tuesday that they never gave up. The cold case unit began “aggressively researching” a strong lead that came in last fall.

They enlisted help from various law enforcement agencies, ranging from the FBI and the Naval Criminal Investigative Service to units within the New York Police Department.

“Their dedication and tenacity paid off,” Virginia Beach police said.

Virginia Beach say the cottage where Pietropola and Seethaler were killed was destroyed and replaced with new motels and shops.