TDOT reports they have now removed the last debris from the old Coca Cola stage barge from the I 24 bridge over Nickajack Lake.

Crews found no structural damage to the bridge, just scratches.

The only lasting damage was a marine light hanging from the side that will have to be replaced.

NICKAJACK LAKE, Tennessee (WDEF) – The barge that used to serve as the Coca Cola stage for Riverbend was headed down river this afternoon to be sold to a new company.

But it came into contact with the I-24 bridge over the lake, on the westbound side.

TDOT crews confirm the collision but say their inspectors say the damage seems to be minimal.

There is some debris under the bridge that will be removed this evening.

debris hanging from bridge after collision

Coast Guard officials tell News 12 that it was actually just the canopy on top of the barge that hit a warning light hanging from the bridge.

The official says they have only issued a warning to other water craft that the light is out.

The collision happened sometime after noon.

Traffic has not been impacted.

canopy collapsed on barge after collision 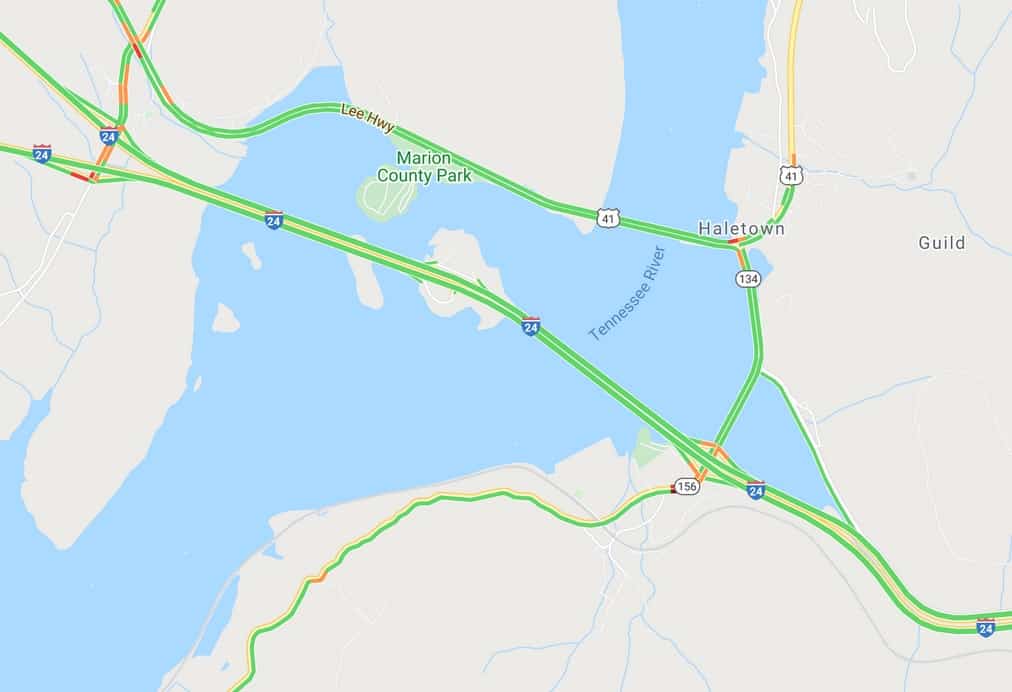