CHATTANOOGA (WDEF) – Police are investigating the shooting of two men in the Ridgedale area Sunday night.

Officers found a vehicle with bullet holes in it, but no victims.

Then an hour later, a 24 year old man showed up at the hospital with gunshot wounds.

Police say his injuries were not life threatening.

But then around 3:15 AM, another man was brought to the hospital and he did not survive.

That victim was 32 years old.

Police are not sure what happened at this point.

If you have any information on the shootings, please call 423-643-5100 or submit a tip via the Atlas One App (Formerly the CPD Mobile App). You can remain anonymous.

They say no amount of information is too small or insignificant. 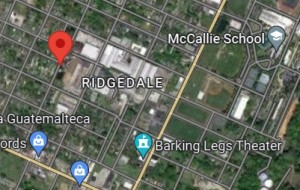