He will serve a ten-day suspension before beginning his new position at East Ridge Middle.

The school system sent this statement:

“Tom Arnold, principal at Ooltewah Elementary, will be reassigned to the position of assistant principal at East Ridge Middle School.  Arnold had spent the last ten years at Ooltewah Elementary.  The reassignment was the result of a personnel issue that did not involve academic or school financial responsibilities related to the role of principal.  Arnold will serve a ten-day suspension before beginning his new position at East Ridge Middle.

Ooltewah Elementary will be led by a veteran administrator as Margo Williams will take over as interim principal while the district seeks a permanent leader for the school.  Williams retired as principal of Westview Elementary at the end of last school year.  She had been at Westview since 1999 and was the longest tenured principal in Hamilton County Schools when she retired. ”

Arnold sent this statement 30 minutes before the school system sent their statement: 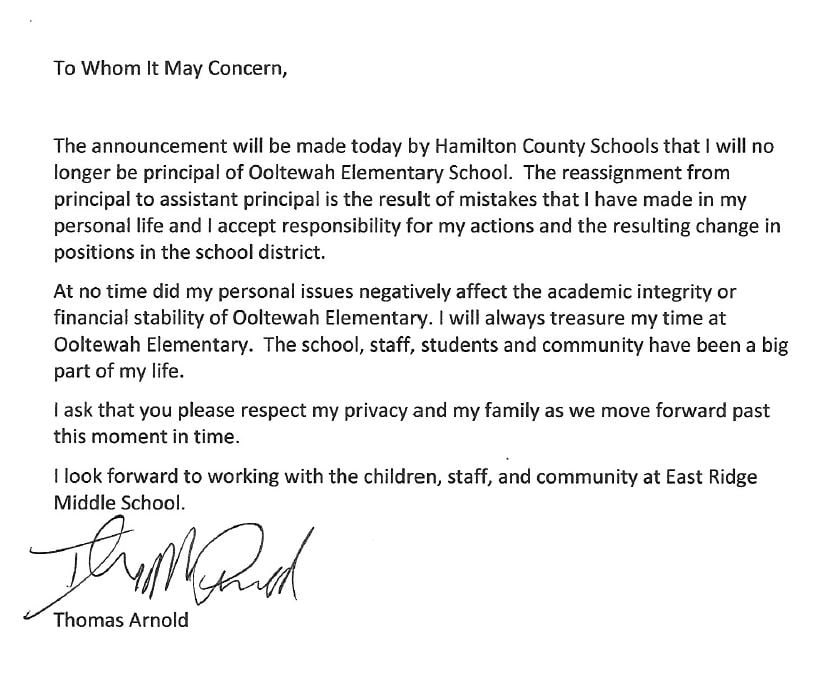